Dungeness - warm, dry and sunny SW 4 - Following a back-to-normal circuit of the local patch after yesterdays excitement it was onto the bird reserve for the rest of the morning, where birds of prey seemed to be everywhere. At least 10 Common Buzzards passed overhead, while a minimum of six Sparrowhawks were noted across the site (probably migrants), plus a supporting cast of five Marsh Harriers, four Kestrels and a Hobby. The fields across Boulderwall held 10 Cattle, two Little and three Great White Egrets, a Glossy Ibis that flew across towards ARC, 10 Yellow Wagtails, 20 Meadow Pipits and two Wheatears. The usual flock of 150 Golden Plovers and 200 Lapwings were on the islands at Burrowes along with four Snipe, three Ruffs and a Dunlin, plus a Black-necked Grebe from Scott Lookout. Shelduck and Redshank were noted on the recently flooded Hayfield 1and a few House Martins and Swallows flew through in front of the newly opened Dengemarsh hide. At Hookers reedbed further views of the aforementioned raptors were gained, while it was good to see the grit tray back in situ for the Bearded Tits. Another Wheatear popped up in the return trail field, plus Stonechat, Lesser Whitethroat and several Chiffchaffs. 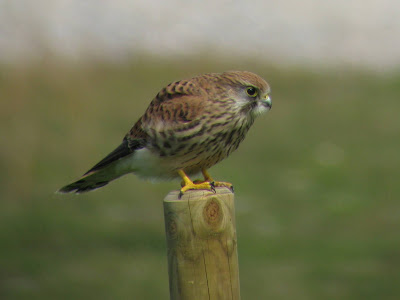 Chatting to RSPB staff over the past week concerning the status of the hides I can confirm the following update:  Dennis`s - open as normal; Firth - to be replaced with a shelter/screen construction by hide specialists Gilleards; Firth and Scott Lookouts - to remain the same; Makepeace - to be replaced by a new hide, probably in 2023; Christmas Dell - open as normal; Dengemarsh - reopened 24th September; Hanson - will reopen after repair work is carried out once the Willow Trail boardwalk is complete, probably sometime this winter; Screen - open as normal.