Dungeness - hot, dry and sunny, E 3 - We started the day down at the Patch where a lone juvenile Yellow-legged Gull was amongst a small, mixed flock of gulls and a few Sandwich Terns over the boil and along the beach. Elsewhere around the point: Lesser and Common Whitethroats, several Wheatears, Linnets and Stonechats, two Grey Wagtails, Meadow Pipit, Whinchat, Sparrowhawk and Peregrine. On the bird reserve from Dennis`s hide, Little Stint, Knot, Ruff and Dunlin were amongst large numbers of Lapwings and Golden Plovers on Burrowes. 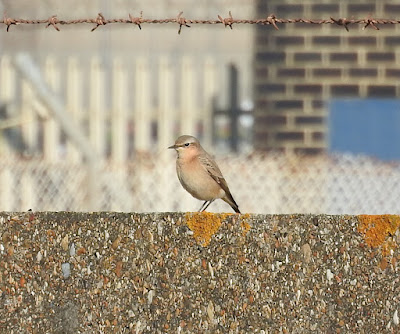 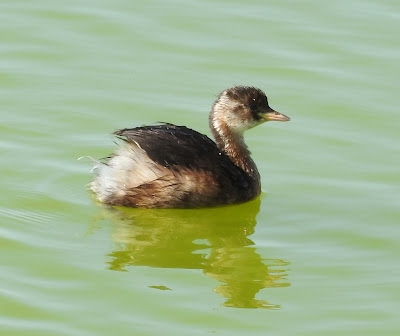 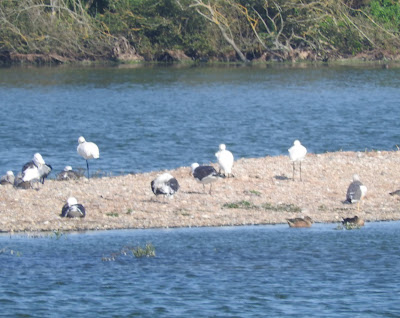 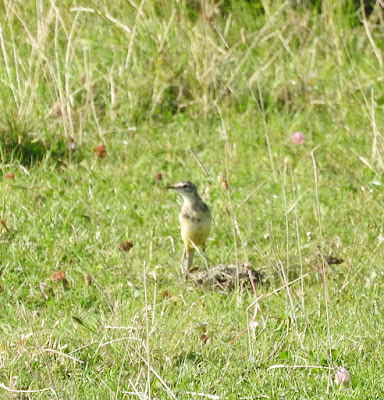 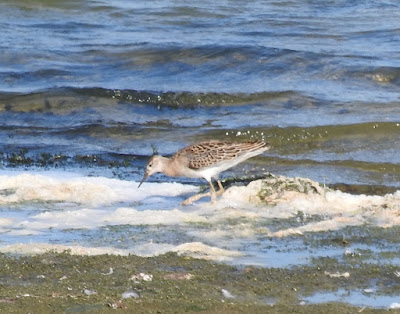 We then moved on to Rye Harbour to coincide with the high tide and a circuit of the Beach Reserve where the highlights were c600 Sandwich Terns, 45 Curlews, 20 Redshanks, two Grey Plovers, three Whimbrels, Common Sandpiper, Turnstone, several Wheatears and a Skylark. Whilst there news came through of three Spoonbills that had dropped onto Burrowes, so it was back to Dungeness where the trio of spoonies were, typically, still asleep on an island in front of Firth lookout. We finished the day at Boulderwall fields with three Cattle Egrets and a Yellow Wagtail amongst the stock.