Lade - warm, dry and sunny, NE 4 - I`ve been suffering from a touch of man-flu this week which has  restricted my time in the field somewhat; the Mordor-like weather conditions hasn`t helped either,  reflecting the birding mood - dull and uninspiring, at least on the local patch. Mothing has also been pretty much a waste of time due to the brisk wind off the sea and when I did run the trap only a handful of moths came to light. That said forays out around the nearby Trapping Area, Desert and Kerton triangle did produce a few Wheatears, Whinchats, Stonechats this week, and one very elusive Wryneck; although not so for some birders, including DS who also managed to get a smart shot of it in `the pear tree`. 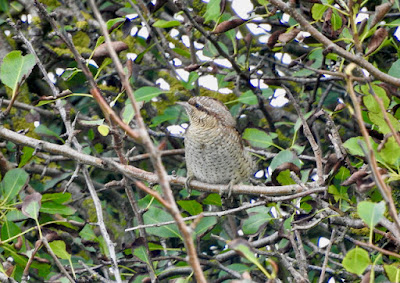 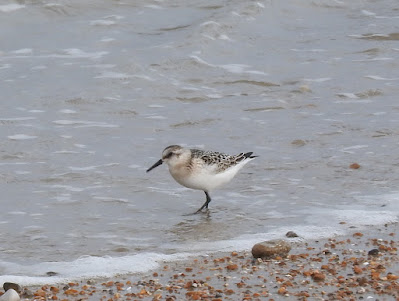 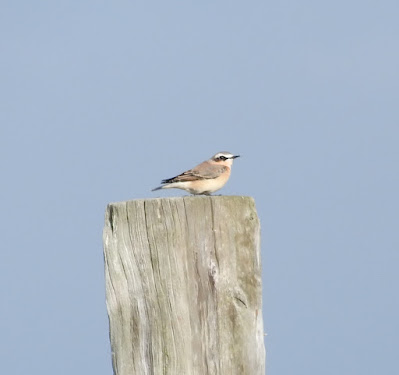 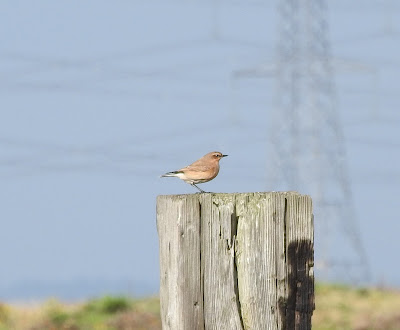 Today the sun finally broke through the murk and I felt well enough for a tour of the bird reserve where the islands on Burrowes held about 100 roosting Lapwings, four Golden Plovers, three Ruffs and two Redshanks. There were hundreds of eclipse ducks to check through, with a big increase in Teal and Shoveler numbers since last weekend, plus five Wigeons, two Pintails and a Garganey. Sitting in Dennis`s hide just before midday musing on what perfect weather conditions, time of day and date it was for a Honey Buzzard, I could hardly believe my eyes when one came soaring in over the gantry, passing across the back of the lake (setting off the HGs) and disappearing away south over the switch station! Elsewhere around the reserve a Cattle Egret and Glossy Ibis were noted on ARC, three Great Whites and two juv Marsh Harriers on Dengemarsh and a trickle of Yellow Wagtails and Sand Martins overhead.