Day of the Wheatear

Midrips - hot, dry and sunny, E2 - We blagged our way in to the ranges this morning where extensive work is underway to reinforce the sea wall. Wheatears and Yellow Wagtails were everywhere with a minimum of a 100 of each scattered across the wetlands, shingle ridges and foreshore; many of the former being of the Greenland race. The Midrips held a fine selection of waders including 85 Dunlins, 12 Ringed Plovers, three Black-tailed Godwits, four Little Stints, a Knot, an Avocet and a Curlew Sandpiper, while further along at the Wickes and South Brooks, two Curlews, Turnstone, Redshank, Common Sandpiper, Oystercatcher and Spotted Redshank were added to the wader list of 12 species. Also noted: 100 Sandwich Terns, four Common Terns, five Kestrels, four Shelducks, 10 Shovelers, four Teal, Skylark, Meadow Pipit, Black Redstart, Rock Pipit and a Bonxie chasing the terns at sea. We also had another Clouded Yellow and a cracking view of a Weasel along the path. 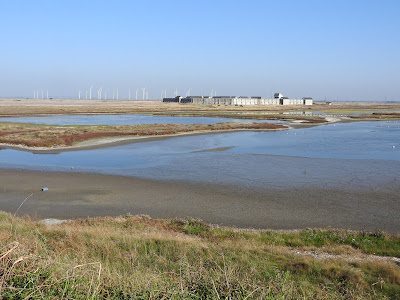 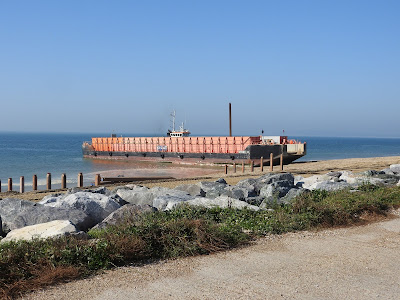 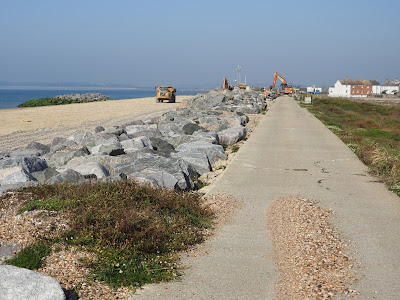 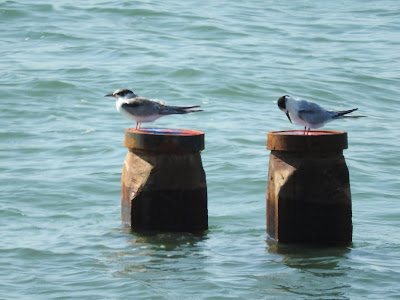 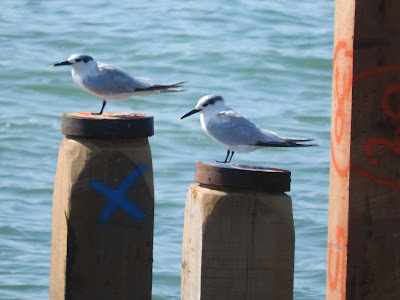 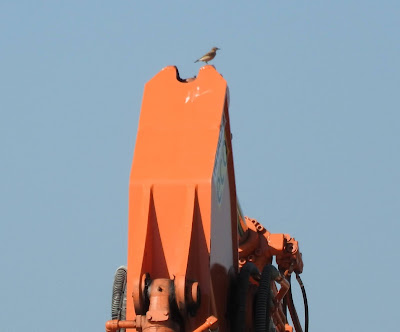 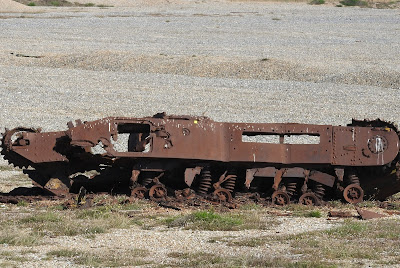 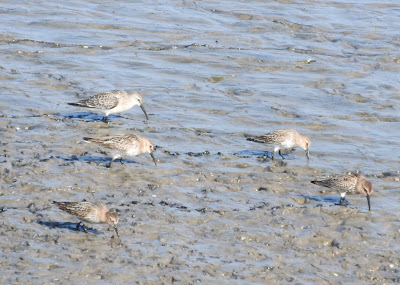 Curlew Sandpiper and Dunlins, the Midrips

A check of Scotney from the S bend produced a host of common wildfowl, four Ruffs and a Turnstone. At Galloways 20 more Wheatears were noted along with five Stonechats and a Whinchat. From Springfield bridge a Hobby put on a fine show over the reedbed, while a Spotted Flycatcher was seen at the top end of the Long Pits. On the ebb tide we checked the bay for waders where hundreds of Sanderling, Dunlins, Oystercatchers and Curlews were mixed in with a couple of thousands gulls, including 100 Mediterranean Gulls and 50 Sandwich Terns, plus eight Knots. We finished the day at the fishing boats where the highlights were several Porpoises and a juvenile Arctic Skua chasing the terns. Bird of the day, however, was the Wheatear simply by virtue of numbers, as everywhere we went we saw them and our day total was at least 150 birds. 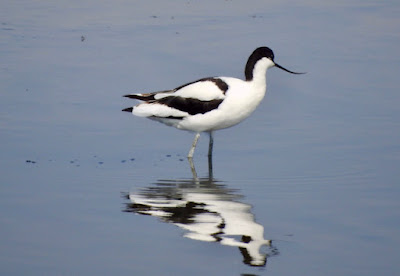 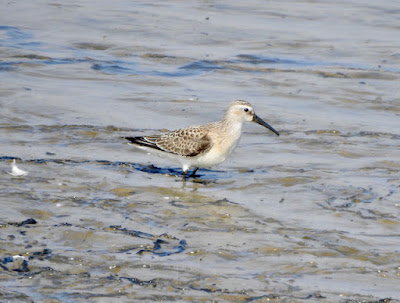 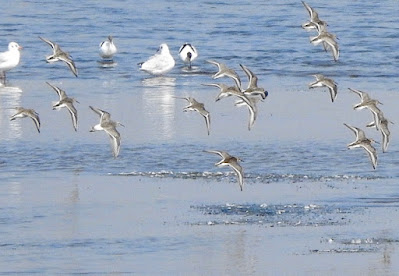 Curlew Sandpiper and Dunlin in flight (by David Scott) 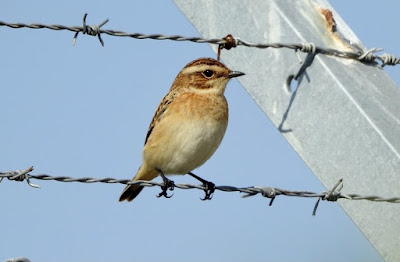 David Scott managed to take some cracking pictures recently from the Midrips and many thanks to him for sending them through.