Lade - warm, dry and sunny, SW 2-4 - An early morning breeding bird survey around the old patch produced all the usual protagonists, plus a `booming` Bittern again. On the main body of the reserve there are at least three, possibly four `boomers`, one of which could be nipping over to Lade from the Tower Pits/ARC area for a crafty `boom`, or it may even be a fifth bird... Cuckoos were noticeable by their absence, although the wind did pick up as the morning progressed making for difficult viewing and listening. A light passage of Swifts passed overhead, while a Spotted Flycatcher showed briefly by the ponds. 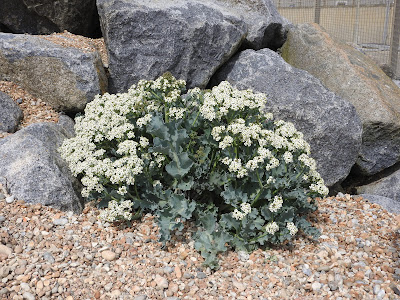 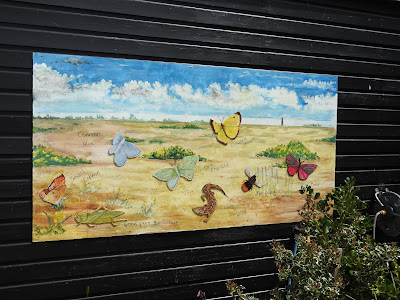 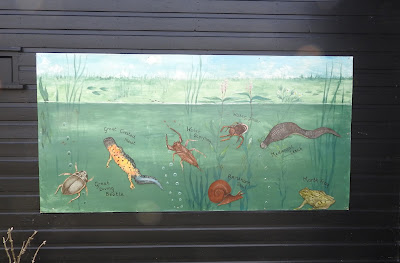 New murals on the VC wall 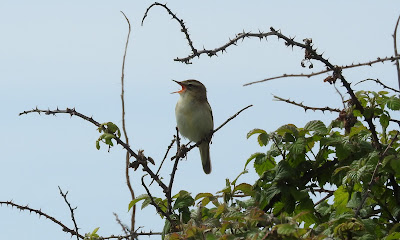 Checked out the Patch mid-morning where four Mediterranean Gulls and two Common Terns were amongst a couple of hundred gulls loafing on the beach. On the bird reserve, a Cattle Egret on Cooks Pool, plus Dunlin, Turnstone and Common Sandpiper on Burrowes and more Swifts over. Elsewhere today, several more Spotted Flycatchers and a Common Redstart were noted in the Trapping Area/Long Pits, while a pair of Dotterels in a field north of Old Romney had, unfortunately, departed by the time the local cavalry arrived.