Romney Marsh - These past few days has seen a rash of rare immigrant moths hitting local traps with Striped Hawk-moths in the vanguard at New Romney and Dungeness. Even I managed to get in on the act with a smart Silver Barred in the garden trap, while at Lydd-on-Sea a Purple Marbled (complete) and an Eastern Bordered Straw came to light. However, the Blue Peter badge went to a Druid trapped at Littlestone, which was the first area record and the 3rd for Kent following on from the first British record in 2014. Thanks to Sean Clancy for the photo opportunities and to D Beck and O Leyshon for the Lydd-on-Sea and Littlestone moths. 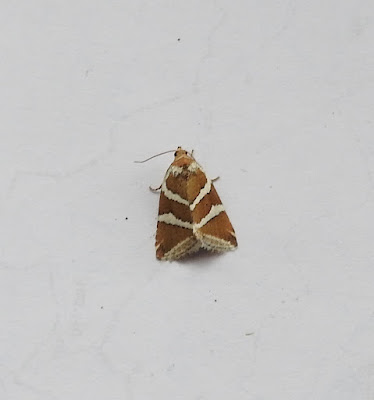 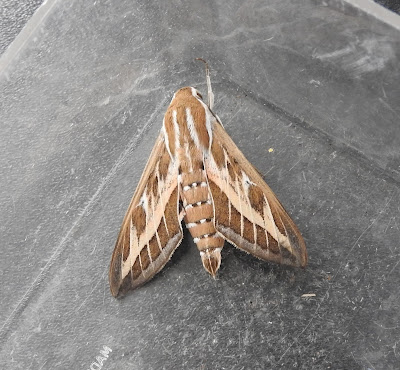 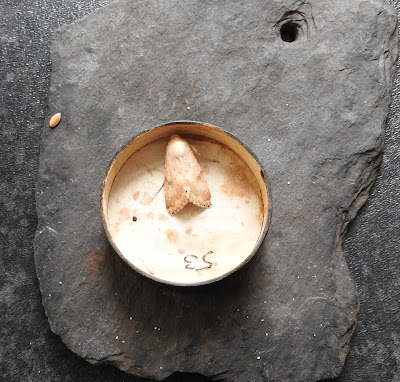 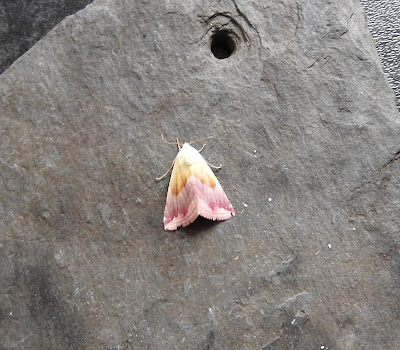 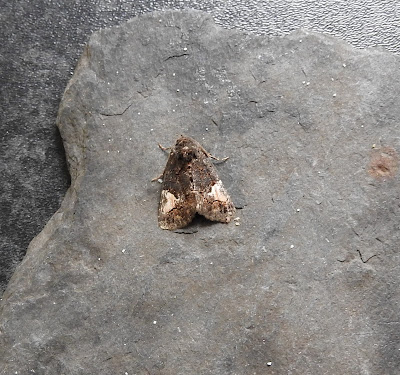