Dungeness RSPB - warm, dry and sunny, SW 2 - Checked out Lade first thing to listen for any Bittern activity, of which there was none. However, at least two male Cuckoos were calling around the willow swamp, where hopefully they will stay on to parasitise some of the many Reed Warblers present. I then moved on to the bird reserve for the rest of the morning to finish off the Cetti`s Warbler survey which topped out at 67 territories, plus eight at Lade. Whilst at the hayfields a Glossy Ibis flew back towards ARC/Tower Pits where I think there is a distinct possibility that the long-staying pair may be nesting, tucked up in amongst the Cormorants or elsewhere in thick willow scrub. A Bittern flew over Hookers, where a Cuckoo called and two Hobbies were over the Boulderwall fields along with four Barwits, two Whimbrels and a Great White Egret.The warm weather brought forth a flush of Hairy Hawker dragonflies, idea food for hungry Hobbies. 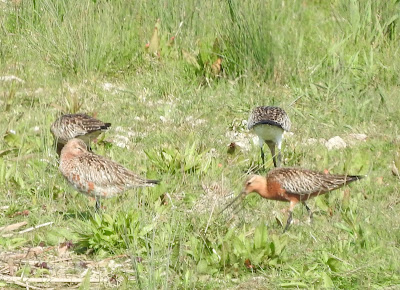 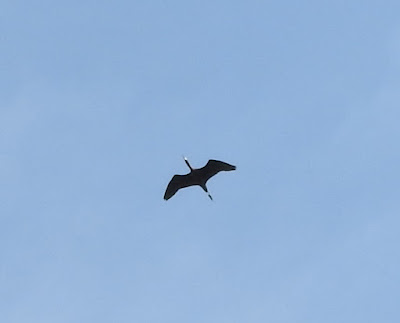 Glossy Ibis over the hayfields 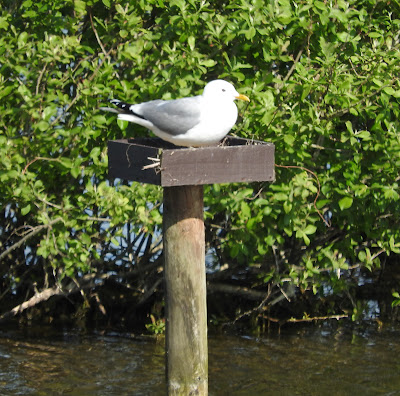