A passage of Red Kites

Lade - 0600hrs - Another muggy night delivered our first Poplar Hawkmoth of the year and White Ermine amongst 10 species of macros. Two Med Gulls flew over calling and a Cuckoo was seen again from the garden.
Around midday two Red Kites flew over the cottage heading towards Romney, part of a small passage of birds that passed over the Marsh today 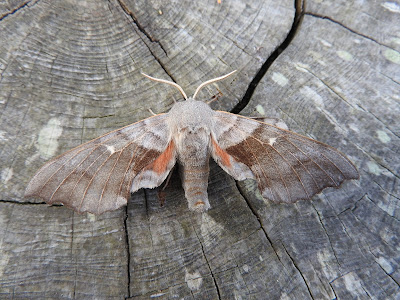 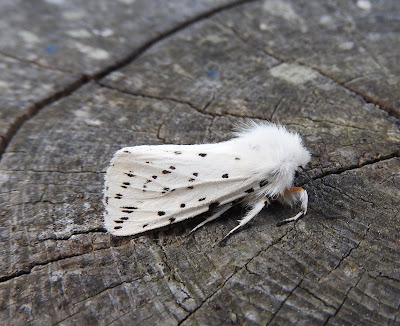 Dengemarsh - 0700hrs - cool, sunny, ne 5 - A definite edge to the wind this morning as the predicted cold front approached bringing dipping temperatures. A circuit of the marsh was notable for a variety of ducks including Garganey and Teal on the hayfields, plus Shoveler and Pochard on the main lake. More small Lapwing chicks were noted on the hayfields along with the inevitable crows looking for an easy meal, also a Redshank with young. Several Marsh Harriers were active over the reed bed, plus Cuckoo, and a single Hobby. On the walk across the farmland Corn Bunting, Yellow Wagtail, Linnet and Skylark all in song. There was no sign of yesterdays Montys, or at Galloways.
Dungeness - A Serin had been seen earlier at the point around the old light, but there was no sign of it by the time we arrived for a look.
Posted by Paul Trodd at 10:28