Lade - drizzle, cloudy, light airs - The main target bird here was Cuckoo which we eventually saw after hearing a calling male, but they are nowhere near as obvious as in previous years. The first Common Blue of the spring made a brief flight in the muggy conditions, as did a Painted Lady on the causeway. 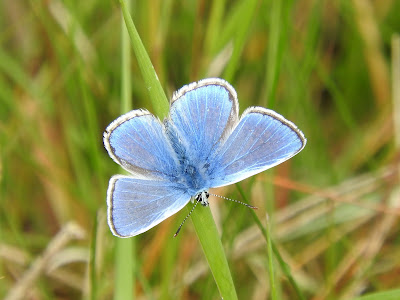 ARC - Pretty quiet here apart from stunning views of up to 10 Hobbies hawking flying insects above the willows near Hanson hide. The only bird of note on the lake was a Dunlin on the Cormorant island.
A great weekend of birding with an old pal from Bedfordshire and Karen during which time we rattled up one or two goodies amongst 86 species with the Hen Harrier being the highlight. It was just a shame that they`d headed on back before the Gull-billed Tern appeared. 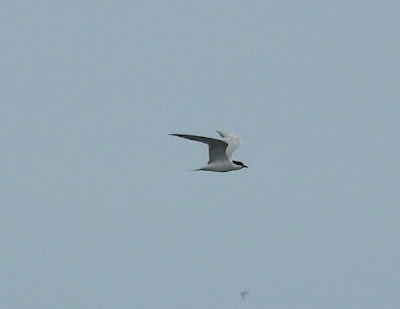 Burrowes - 1500hrs - Just as we were  beginning to think that it would be a barren spring for rarities down here up pops a cracking Gull-billed Tern on the bird reserve. When I arrived it was working its way up and down the length of Burrowes lake and was best viewed from Dennis`s hide. I managed one or two poor images with the bridge camera, but there should plenty of decent pics on local blogs or the DBO website. The last Dungeness record was also on Burrowes during the afternoon of 25th May, 2006.
Posted by Paul Trodd at 12:06