Lade - warm, dry and sunny, e 2 - This weekend the wind backed off and summer rushed in catching us unawares, so out came the shorts and away went the thermals. With night time temperatures in the teens centigrade, even down here on the coast, it seemed at long last worthwhile flashing up the garden moth trap. A grand total of 15 species were duly caught and logged including a Herald, but hopefully numbers and variety will now pick up as the month progresses. 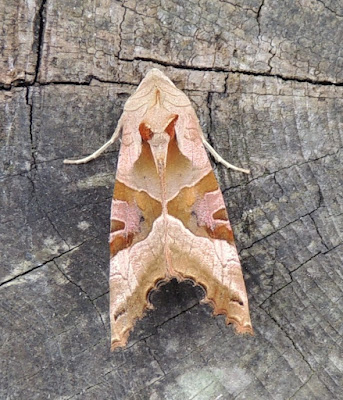 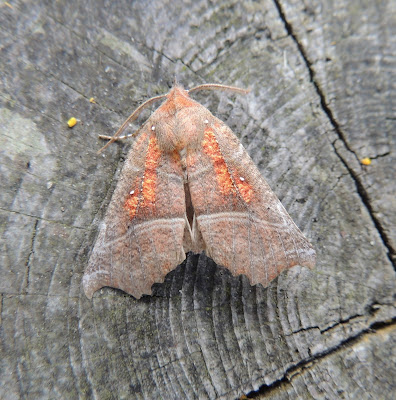 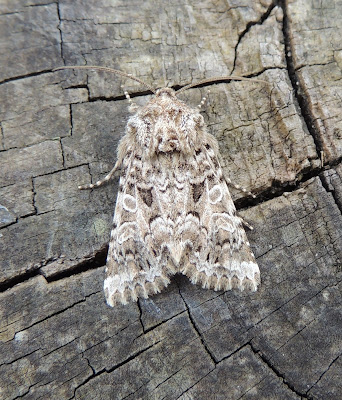 We`ve been out and about early on the local patch these past two mornings to avoid the heat (can`t believe I just wrote that!) and there`s been plenty to see. On the bird front Cuckoos were calling like the clappers around the willow swamp, while Reed Warblers and Whitethroats are well and truly in and singing for all they`re worth. Skylark, Mipit and Stonechat were all in song on the Desert, as Buzzards and Marsh Harriers thermaled up into the ether. A trickle of migrants continue to drift over with Common Tern, Whimbrel, Grey Plover, several Swifts, Swallows and House Martins, plus a Red Kite just after midday on Sunday.
On the shingle ridges the yellows of broom are just starting to emerge amongst a whole riot of flowering plants. Another couple of weeks and it should look a real picture. Around the willow swamp marsh frogs were calling, grass snakes swam in the shallows and the first hairy hawker dragonfly of the spring basked in the sunshine. Along the old railway track path beside south lake, small coppers, small heath, green veined white and small tortoiseshell were all on the wing, plus holly blue and orange tip in Plovers garden.
What a marvellous time of year early May is for natural history.
Posted by Paul Trodd at 06:23