Castle Water - cool, dry, sunny, n 2 - Spent the day birding the borderlands of Sussex with CP commencing at the viewpoint and then walking round to the hide at Castle Water. A pair of Marsh Harriers were active over the reedbed while Kestrel, Buzzard, Hobby and Sparrowhawk were all logged. Long-tailed Tits appeared to have had a good breeding season with family parties calling from the roadside scrub; also Sedge, Reed and Cetti`s Warblers, Whitethroat, Chiffchaff, Cuckoo, Swifts, hirundines (mostly House Martins), Yellow Wagtail, Reed Buntings and Linnets around the site. 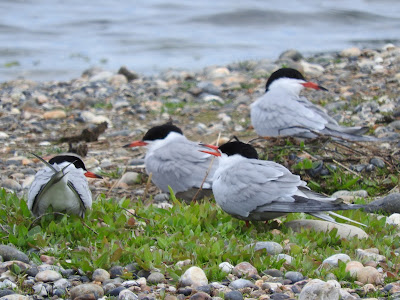 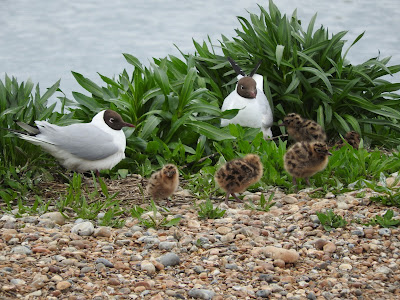 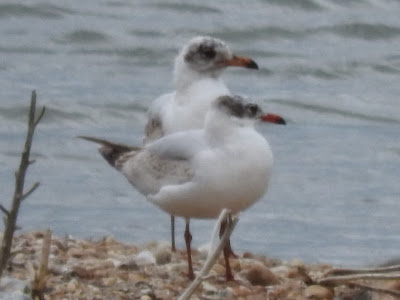 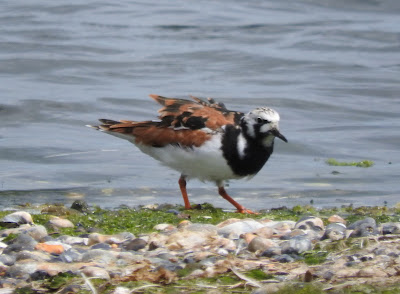 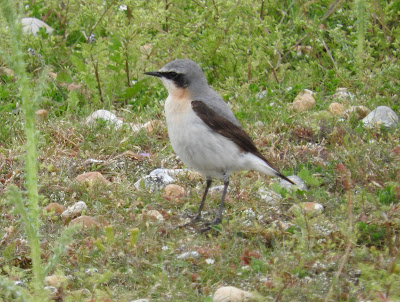 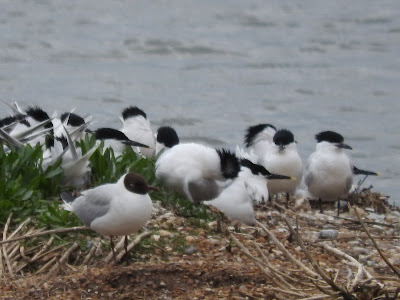 Rye Harbour - Moving on to the beach reserve it was terrific to see a suite of breeding waders, many with young, including Avocets, Ringed Plovers, Little Ringed Plover, Oystercatchers and Redshanks; the only down side was the lack of Lapwings, which may be due to the large number of Avocets not prepared to tolerate another black and white wader on their manor. On the passage wader front 10 Dunlins, two Grey Plovers, three Knots and singles of Greenshank, Common Sandpiper and a stunning summer plum Turnstone were most welcome.
The seabird colony was full of activity with hundreds of Black-headed Gulls and their young, although we did see a Herring Gull make off with one unfortunate chick. Over 100 pairs of Sandwich Terns were bringing in the `right` size fish and at least 10 pairs of Mediterranean Gulls were present, plus several 2nd year birds. Up to 10 Little Terns were on Flat Beach, while most Common Terns were still performing their nuptials, alongside several pairs that seemed to be on eggs.  Also noted across this superbly managed site Little Egret, singing Skylarks, Linnets, Whitethroat, Wheatear and Hobby.
Pett Level - The roadside pools attracted a variety of wildfowl including six Dabchicks, Pochard and Shoveler. Little Egrets seemed to everywhere and two Marsh Harriers quartered the wet fields.
A top days birding with Chris, and Barney enjoyed himself too; as I tap away on the laptop the old boy is snoring contently, slumped across my feet!