Lade - 0600hrs - Following a wet, humid night the garden moth trap was full of mostly Tawny Shears, Shuttle-shaped Darts and light Feathered Rustics. Amongst the ten species was a smart Sallow Kitten on the summer house frame. Whilst emptying the trap a Cuckoo called nearby and eventually flew over the garden. 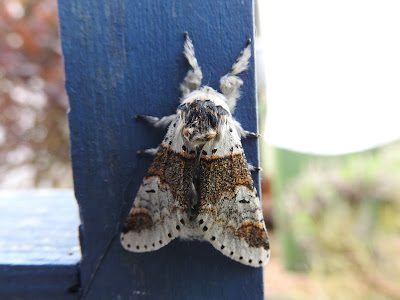 Long Pits - 0730hrs - A circuit of the pits delivered plenty of Whitethroats and Blackcaps in the willow scrub and Reed Warblers in the reed bed, plus several Chiffchaffs and singles of Cuckoo, Lesser Whitethroat and Willow Warbler. The icing on the cake came from two typical late migrants, Spotted Flycatcher and Garden Warbler, both at the northern end by the road. A not so common, Common Sandpiper flew low over north lake along with a Common Tern, while two each of Med Gull, Sandwich Tern and Shelduck passed overhead, plus several Swifts and Swallows 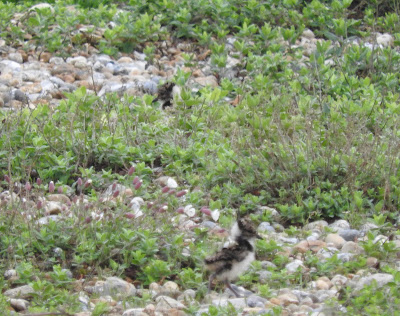 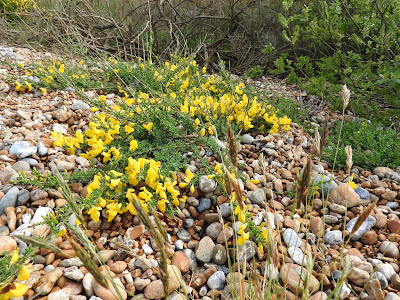 Tower Pits - Was good to see two Lapwing chicks on the Desert with the parents in close attendance. Another Spotted Flycatcher was at the pines, but the oddest sighting was a large bat flying around the trees and out over the water; probably a Daubentons?
Posted by Paul Trodd at 09:48