Lade - muggy, overcast, light airs - The recent heat wave certainly peaked in some style yesterday evening with an impressive thunder and lightening show over the bay as glowering banks of end-of-the-world type clouds rolled in from the near continent delivering a much needed dollop of rain in a short space of time (33mm recorded at Littlestone by OL). Moth trapping in the garden picked up accordingly this week, although species variety remains low with a Maiden`s Blush the best of the bunch. On the local patch Pochard numbers had increased to 26 this morning and the Cuckoos were still active. Apart from a brood of Mute Swan cygnets on the water other waterfowl fledglings have been few and far between; further sightings of Mink around the scaffold island suggest that they`re breeding on site and may be having an impact on ground nesting birds. However, there are plenty of common, resident passerines out and about or feeding fledglings along the coastal strip, which is a good job as predators are everywhere; in our garden alone I`ve witnessed a cat make off with one of `our` Blackbird fledglings, Jackdaws and Magpies robbing the nests of Collared Dove and Woodpigeon and a male Kestrel grabbing a young House Sparrow. A pair of Herring Gulls nesting on the roof of the chip shop next door had their four little darlings on show for all to see today, although not my favourite birds with their constant wailing from dawn to dusk and crapping everywhere. Still, all part of the circle of life, I suppose, and as Clint Eastwood memorably said in the best cowboy film ever, The Outlaw Josey Wales: " To hell with them fellas, buzzards gotta eat, same as worms!" 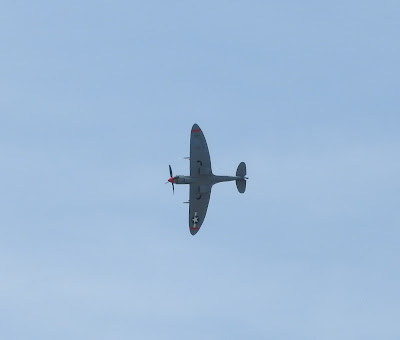 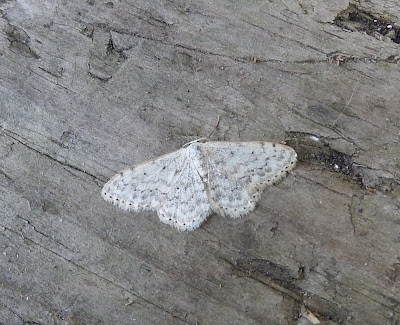 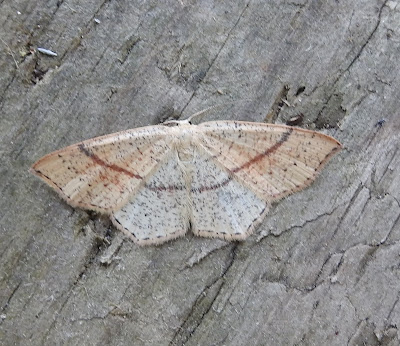 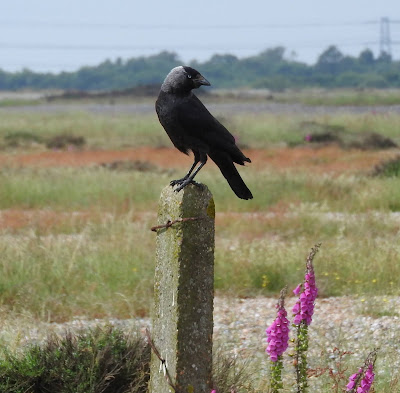 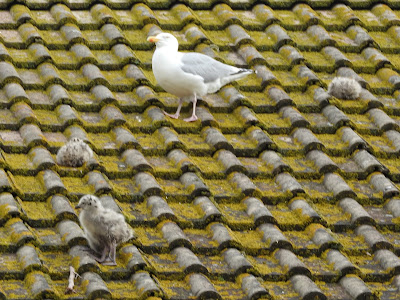 This afternoon I spent an hour at the seawatch hide having a natter and a catch-up with Tony G. Surprisingly, considering the time of year, we had a trickle of Gannets feeding offshore, two Mediterranean Gulls at the Patch and 28 Common Scoters, eight Sandwich and a Common Tern up-Channel. On the beach opposite Jarman`s a female Wheatear busily fed two well-grown youngsters. This evening on Lade bay, as the fog rolled in to the sound of distant thunder, a mixed flock of 12 Ringed Plovers and Dunlins fed on the receding tideline before being flushed by joggers. 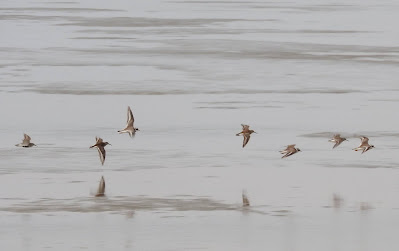 Dunlin and Ringed Plovers on the bay this evening 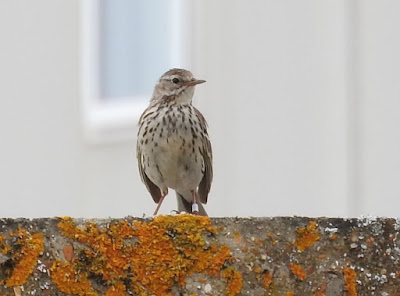