Dungeness - cool and cloudy, NE 5 - Spent most of the day guiding for clients from London.The weather conditions were difficult with a buffeting wind keeping most passerines hunkered down in cover; still, at least the rain had ceased. We started at the point, where offshore several distant Gannets and a trickle of Black-headed Gulls and a Kittiwake flew by, plus 20 Common Terns at the Patch and further down the beach 20 Mediterranean Gulls loafing amongst a large gull flock. A Peregrine and a Kestrel showed particularly well on the power station and old lighthouse respectively, as did two Black Redstarts, several Meadow Pipits and a host of Linnets and Starlings bathing in puddles. Opposite Jarman`s Stock Dove and Skylark noted. 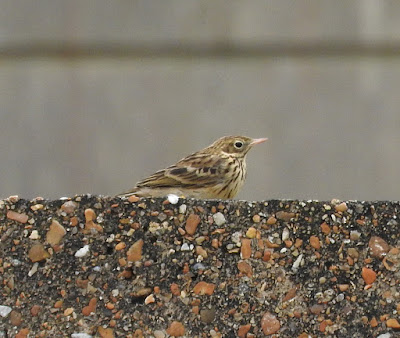 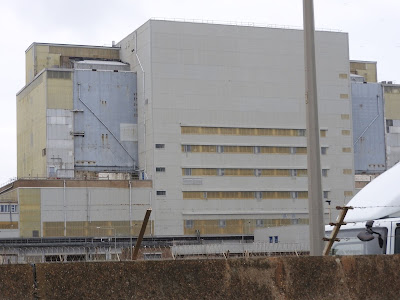 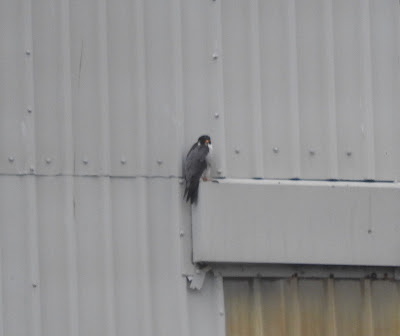 On the bird reserve all the old favourites were eventually located for the guests including the `resident` Glossy Ibis on ARC, a Great White Egret on Boulderwall fields and a couple of close Marsh Harriers. The chilly air had forced down hundreds of Swifts and hirundines over ARC, where a pair of Teal and 10 Shovelers were within the massed ranks of Coot, Pochard and Tufted Duck. A dozen or so Common Terns are now settled on the ARC raft, complementing the 30 plus pairs on Burrowes where Redshank and Ringed Plover also noted. We ended up with a respectable 72 species, despite the strong wind. 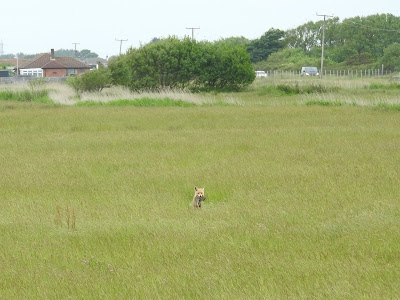 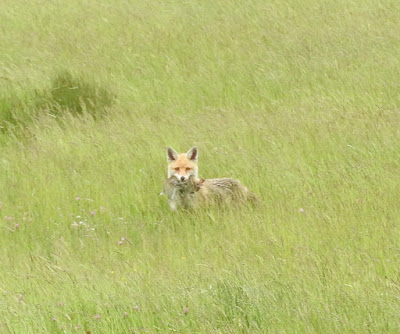 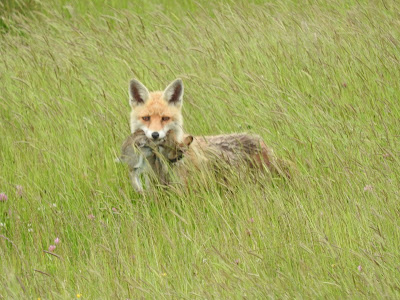 The Red Fox is a common animal in these parts and is mostly encountered at dawn and dusk; I often see them scavenging along the tideline in the evening, but at this time of year with hungry mouths to feed they are regularly seen during the daylight hours. Today we saw four different animals across Dungeness, including a very showy one in the Boulderwall fields with prey.