Lade - cool and cloudy start, warm sunshine from noon onwards, N 2 - The local patch was alive with juveniles in the still of early morning as we surveyed the breeding birds. A pair each of Chiffchaff and Blackcap remained on territory in the willow swamp along with a pair of Green Woodpecker and vocalising Water Rails, while several broods of Great and Blue Tits were on the move. The reedbed was full of Reed Warblers with several Cuckoos in close attendance and a hunting male Marsh Harrier. Along the main track beside south lake three different broods of fledged Whitethroats were being stuffed full of invertebrates by the adults along with a family of Cetti`s and Sedge Warblers, but it appears that the Lesser Whitethroats from earlier in spring have moved on. Coot, Mute Swan, Mallard and Dabchicks all had juvs on the water. On the walk back news came through of a Red Kite passing down the coast which presented itself as a speck over the Pilot by the time I got on it. The other local sighting of note concerned a Hooded Crow on the beach this morning at Greatstone (SO) 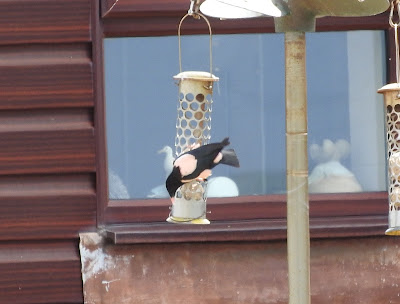 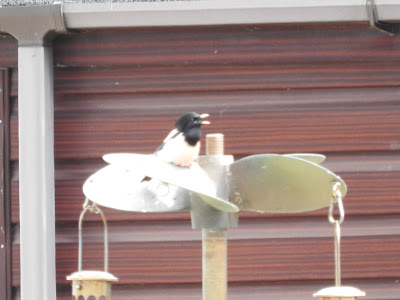 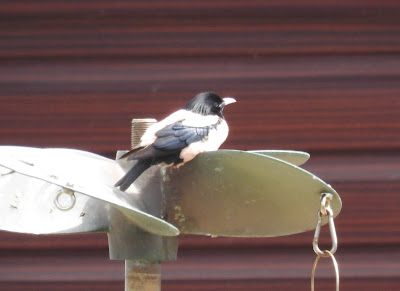 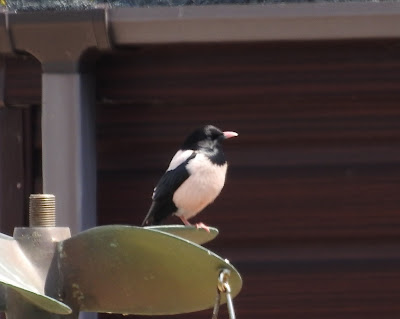 This past fortnight or so a large scale movement of Rose-coloured Starlings has been reported across western continental Europe and southern Britain. Last week one paused briefly on the bird reserve feeders, followed by another distant and elusive bird along Dengemarsh Road yesterday. However, today a stunning adult male was located on the garden bird feeders of a private house on the Dungeness Estate where it performed like a good `un, feeding on fat balls and defending its `patch` from the local Starlings; it even gave a brief burst of song! My pics don`t do it justice, but no doubt there will be some crackers from the `long-toms` on the usual blog sites and the DBO website.