Dungeness - warm, dry and sunny, SW 3 - A decent catch of 15 species of moths in the garden trap first thing included a Small Elephant Hawk-moth and a Treble Lines. For a change of scene we had a walk around the Trapping Area this morning where the expected warblers were in good voice, plus a family party of Long-tailed Tits by the feeders and a flyover Shelduck. Back at the car park a Common Buzzard soaring overhead received the full treatment from the local male Peregrine who continually stooped on the unsuspecting buteo until it drifted off east. 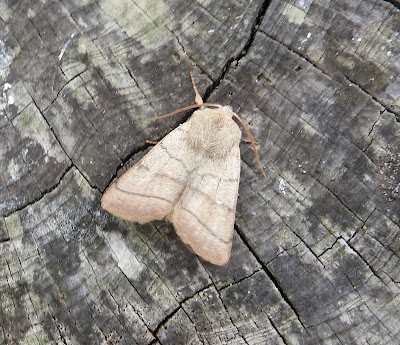 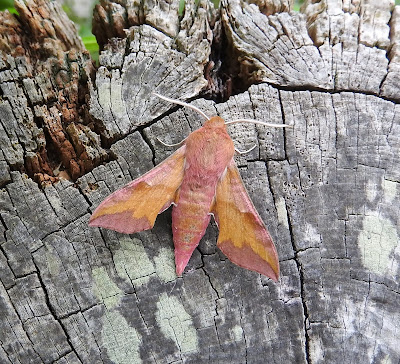 A wander around Dengemarsh produced two Cattle Egrets amongst the stock, two Great White Egrets, three Hobbies, an Avocet opposite the hide and several each of Shelduck, Redshank and Lapwing on the hayfields. There was the usual supporting cast of wildfowl, grebes, Common Terns, Marsh Harriers, Bearded Tits, Sedge and Reed Warblers, Lesser and Common Whitethroats and Reed Buntings. The Ibis was reported on ARC in its usual spot amongst the gulls.