Hoodie and a Pratincole

Lade - cool and misty start, sunny later, SW 3 - Another murky start to the day that eventually cleared about noon once the sun broke through. After a wander around a quiet local patch it was down to Greatstone where the Hooded Crow that has been present since last weekend was slumped on an overhead power wire opposite the car park. After a while it flew off towards the sand dunes for a scavenge along the beach before settling on a post by the main track. Hoodies are only occasional visitors to the Dungeness area, normally during the spring and autumn period and rarely stick for long, so this week-long summer record is most welcome. 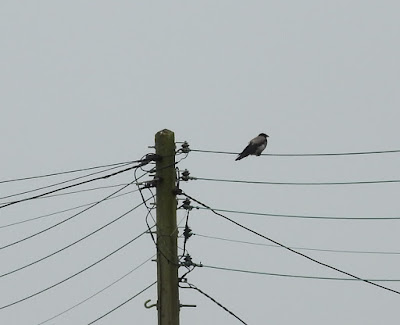 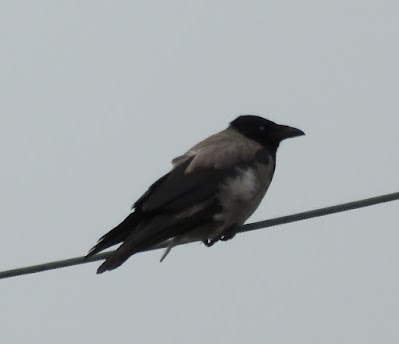 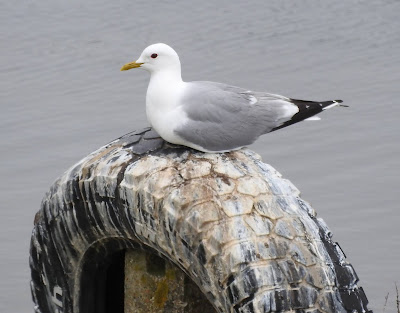 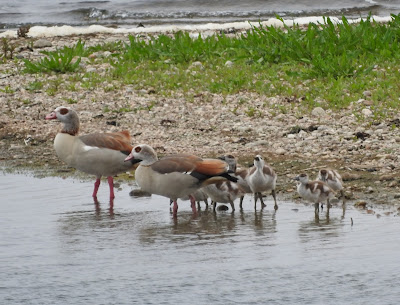 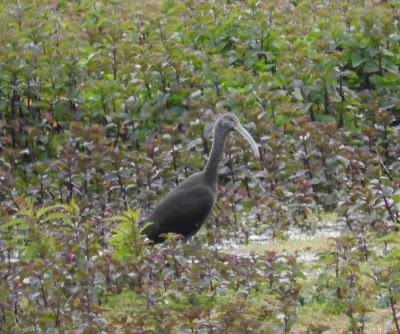 A check of Burrowes produced a few Ringed Plovers, Redshanks and Oystercatchers and a family of Egyptian Geese being harassed by the gulls; was good to see at least 50 Common Terns on a shingle island in front of Dennis`s hide that appeared to be settling down to breed, despite a family of Herring Gulls nearby. A one hour stake out overlooking the Boulderwall fields produced the goods in the form of Great White and Little Egrets, two Hobbies, Marsh Harrier, Buzzard, Bearded Tit, a steady flow of House Martins and Swifts, a Yellow Wagtail, loads of feral geese and a post-breeding flock of 50 Lapwings. And then as the sun broke through up came the Collared Pratincole to hawk insects over Gun Club pool. Across the road the Glossy Ibis had the trashed gullery (badgers the likely culprits) to itself. News also came through of a Golden Oriole over Hookers and a Rose-coloured Starling.