Lade - hot, dry and sunny, light airs - Our apprentice naturalist was up and about early this morning to record last nights catch in the Plovers moth trap. Incredibly, he remembered some of the moth names from two years ago when he last stayed with us due to the Covid shutdown; 23 species were logged including Toadflax Brocade and Small Dusty Wave new for the year. We then checked out the Smooth Newt activity in the wildlife pond before filling up the bird feeders and having first breakfast. Afterwards we headed out to the lakes where we had good views of two Cuckoos, and a Pochard on south lake which was the first returning bird of the summer/autumn. The Cuckoos were singing off one another with the bird on the post dropping down onto the broom to collect caterpillars whilst being watched warily by a family of Starlings. Three more spikes of Bee Orchids were located as we collected a box-full of elderflower florets for his mum to make cordial when he was delivered back to Folkestone this afternoon. 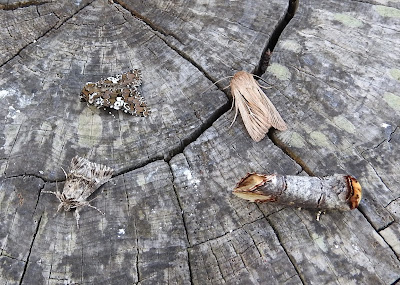 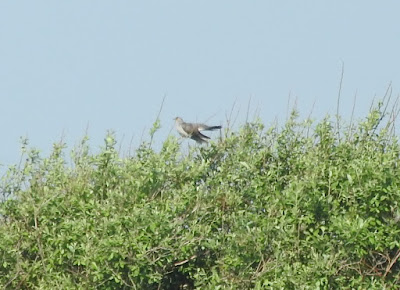 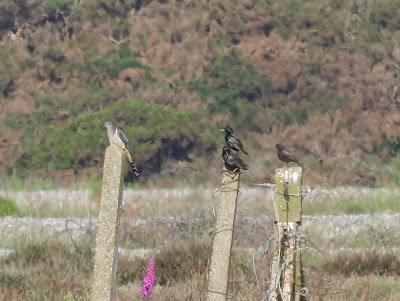 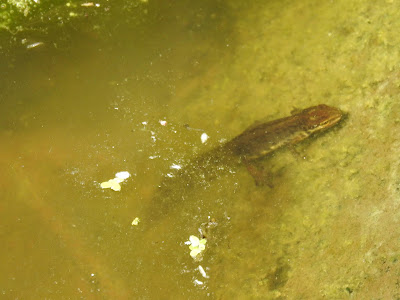