Lade - mild, cloudy, nw 2 - Another overcast day with a fresh northerly airflow early on. It was Barney`s 14th birthday and he looked much more bouncy this morning following a haircut from Pat yesterday; Border Terriers have a thick undercoat and suffer terribly in the heat of summer. So we were up and about early around the local patch where increasing evidence of the approaching autumn season was apparent with the first Common Sandpiper of autumn flitting over south lake and eventually landing on the new island at the southern end. 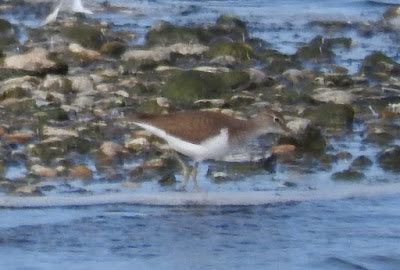 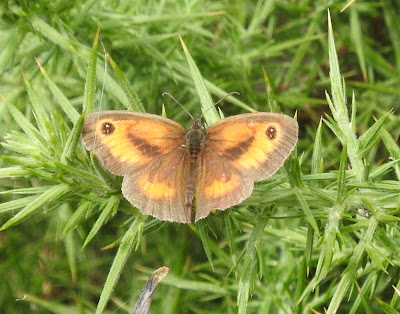 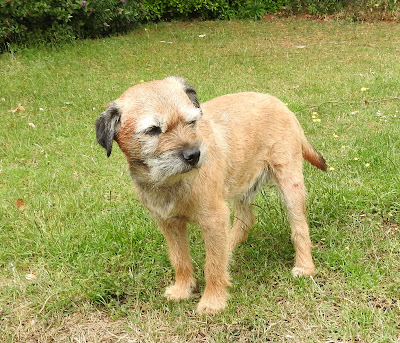 Yesterday after his haircut 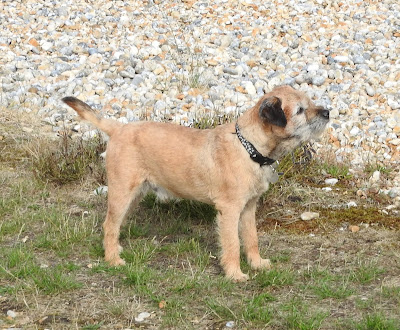 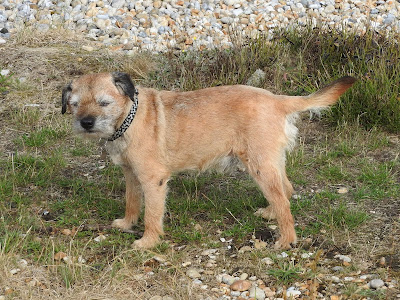 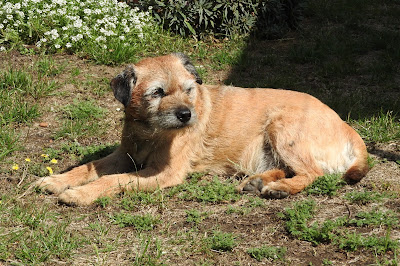 An hour at the fishing boats this afternoon was typically pedestrian for the time of year with a few fishing Common Terns close in and Kittiwakes further out, plus two auks, thee coasting Swifts and singles of Harbour Porpoise and Grey Seal.
Posted by Paul Trodd at 09:43