Lade - warm, dry and sunny, light airs - The past couple of days have been of a similar ilk with much cooler nights delivering fewer moths to light in the garden trap, although another Sussex Emerald increased the summer tally to 17 insects. Typically, Box-tree Moths are now commonplace!
On the local patch a trickle of fresh looking juvenile Willow Warblers mingled with the more numerous Reed Warblers and Whitethroats around the ponds, and we even had one in the garden this morning. On the lakes, south island attracted six Dunlins and two Common Sandpipers amongst 50 Black-headed Gulls, where also noted over by the main reedbed, four Little Egrets, Marsh Harrier and Sparrowhawk. It was also a fascinating morning for cloud formations with one cluster over the airport grimly resembling an atomic bomb explosion, before morphing into a half mushroom! 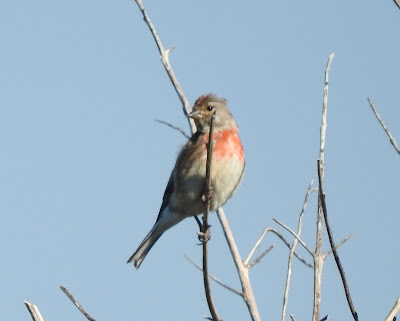 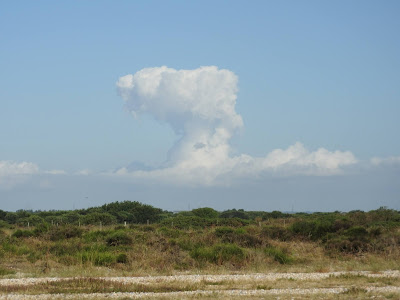 
A couple of visits to Dungeness to check the sea yesterday and the Moat for a Wood Warbler today both drew a blank, and if any birders are considering coming to Dungeness in the near future, make it early as the Estate is usually rammed with tourists from midday onwards.
Posted by Paul Trodd at 11:58