Lade - mild, overcast, early morning drizzle, light airs - Perfect overnight weather conditions for moth`ing resulted in 28 species in the garden trap, including the first Garden Tiger and Scalloped Oak of summer. Three Yellow Wagtails over the Desert calling and heading south was the first evidence of autumn migration, plus a trickle of Sand Martins and Swifts going in the same direction. A large mixed passerine flock in the scrub around the ponds contained mostly Long-tailed and Great Tits, Chaffinches and a few Whitethroats. 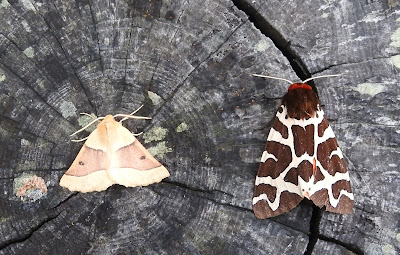 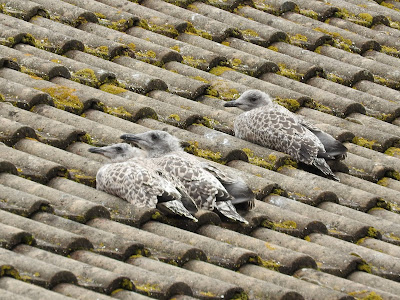 
An afternoon visit to ARC in the north-west corner delivered our first Garganey of autumn, plus two Common Sandpipers, Little Ringed Plover,Yellow Wagtail and a fledged Common Tern having moved off the raft and onto an island where it was being fed by the adults. There was the usual large numbers of wildfowl, Coots, grebes and gulls scattered across the lake, while a male Marsh Harrier in heavy wing moult, flew over the reedbed. There was no sign of the Black-winged Stilt, but it was reported this morning.
Posted by Paul Trodd at 10:49