Day of the Insect

Lade - warm, dry and sunny, ne 2 - A classic summers day with blue skies and fluffy, white clouds and insects everywhere in the warm and welcome sunshine. The overnight catch in the garden moth trap held 22 species with the numbers provided by Brown-tailed Moths and Dark Arches, and the quality from a trio of well-worn Sussex Emeralds, plus the first two Plumed Fan-foots of the season. Also in the garden today on the buddleia our first Painted Lady and Humming-bird Hawk Moths. Continuing the invertebrate theme I had brief views of a blue-bandied hawker dragonfly along the main track by south lake this morning which was probably a Vagrant/Lesser Emperor? 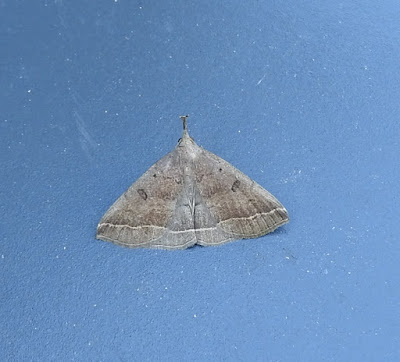 A run out to Scotney was largely disappointing with few birds present apart from plenty more Herring Gulls with chicks on the main island and a Common Sandpiper on the far bank. I notice that there is now even less parking (two cars at a push) available at the farm entrance since new fencing has been erected. 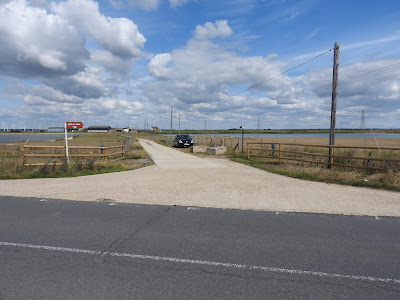 Moving onto the bird reserve and the walk out on the public footpath to view Burrowes was memorable for the myriad of flying insects on the section between the two lakes. Hundreds of grassland butterflies were on the wing along with thousands of damselflies and dragonflies and countless smaller invertebrates. This amount of protein did not go unnoticed by a collection of Cetti`s, Reed and Sedge Warblers, Common Whitethroats, Linnets and Reed Buntings, all of whom had beaks full of grub for hungry youngsters. 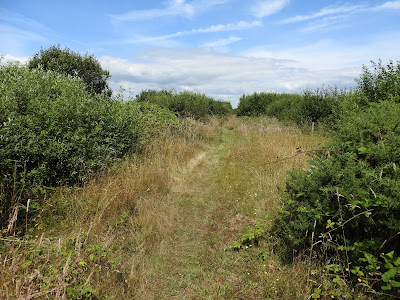 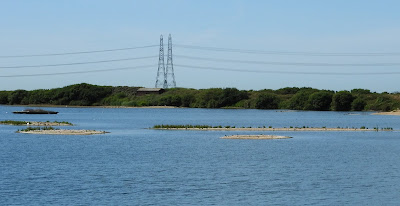 The only passage waders present were two Common Sandpipers, Ringed and Little Ringed Plovers and Lapwings, although views of the south end of the lake are restricted. Both tern rafts have been claimed by Herring Gulls with juvs, but three of the shingle islands out from the VC held about 60 pairs of Common Terns, some with young, while it was good to see them fending off any HGs that came too close to `their` island. 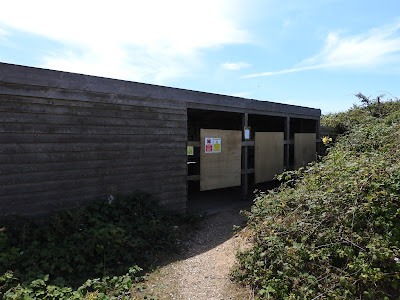 Thou shall not pass!

Over on the ARC I couldn`t find the stilt, although it may have been in front of Hanson hide which remains closed, as is the Screen hide pictured above. Two Greenshanks, three Redshanks and a Green Sandpiper were noted from the north-west corner, plus pulses of Sand Martins on the move, numerous wildfowl, egrets, gulls and an unknown number of Common Terns on the raft. This afternoon from Springfield bridge we had a Cattle Egret amongst the stock, flight views of a Bittern, Marsh Harrier, Yellow Wagtail and Corn Bunting to round off a fine day in the field across the Peninsula.
Posted by Paul Trodd at 09:00