Lade - mild, cloudy, showers, NW 3 - It`s not often that Black-headed Gulls make the birding headlines hereabouts, although a mass gathering on the lakes this morning coinciding with the high tide certainly made for an impressive spectacle. Across both waters (the majority on south lake) I counted  c3,200 plus 200 Common, 100 Herring, 10 Lesser-black and 10 Mediterranean Gulls. A Firecrest showed briefly by the ponds along with much insect activity (mostly bumble bees) in the mild conditions, particularly when the sun broke through. Moorhens turn into tree-climbing demons this time of year in their quest for puss-willow buds, which is comical to watch as they are not really designed for it. Elsewhere the Glaucous Gull was still present amongst thousands of gulls opposite the lifeboat station at Dungeness. 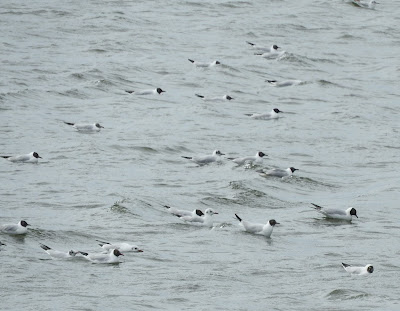 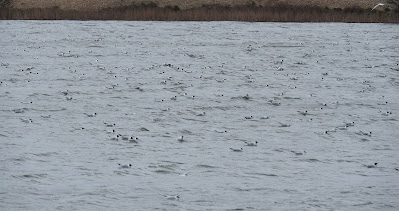 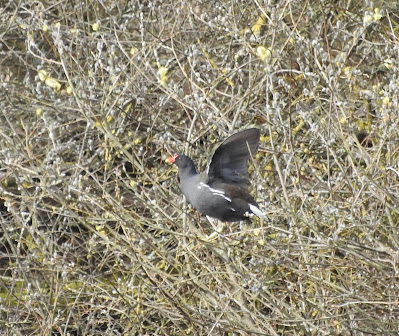 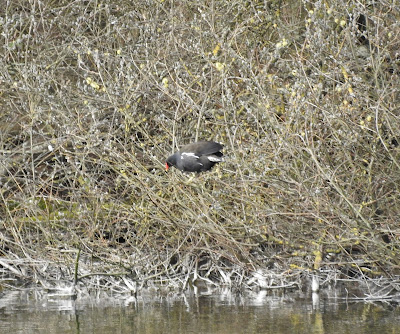