Dungeness - 0630 - 0800hrs - cold, dry, misty, earlier on, light airs, warm later - With the reopening of the Estate I decided upon a first proper early morning seawatch of the year from outside the hide, even though the weather conditions were unsuitable; a flat calm sea with swirls of mist meant that most seabirds were miles out in the Channel. However, an early movement of up to 100 Sandwich Terns soon dried up while a trickle of Common Scoters, Gannets, Red-throated Divers and Brents pressed eastwards; also noted, five Dunlins, two Greylags, two Guillemots, Fulmar, Merlin and up to 12 Harbour Porpoises. A white-winged gull was amongst the gulls over the Patch. 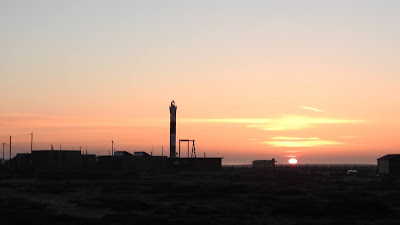 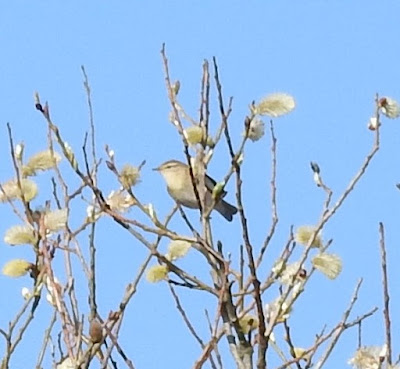 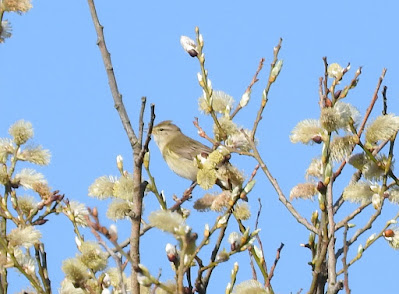 Singing Willow Warblers by the ponds 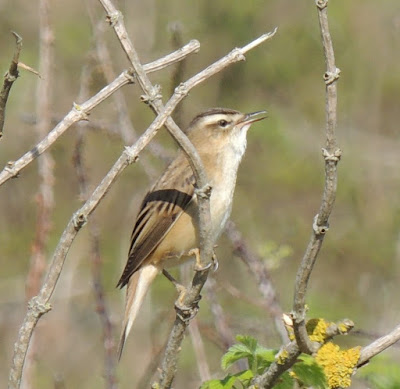 Back on home turf our walk around the local patch in warm sunshine with the dogs produced a Wheatear on the desert, plus the true sound of summer in the form of our first two Willow Warblers of spring singing by the ponds along with several Chiffchaffs and a Blackcap. The Black-necked Grebe was absent from south lake, but a trio of Goldeneyes remained. A Sedge Warbler singing from scrub behind north lake was also a first for the year in line with others reported across the NNR today. Driving along the coast road this afternoon I was surprised to see a cock Pheasant come off the beach and run across the road into a coastal front garden! The beach was packed out with people this afternoon enjoying the sun as our first Swallow of spring flew in off the bay. Around the cottage I couldn`t resist photographing our local Starlings (one of my favourite birds) in the course of which I spotted a Fox taking a nap in the sun atop our shed roof. The thermometer reached a heady 19C in the garden this afternoon which brought forth several Peacock and Small Tortoiseshell butterflies. Elsewhere across the peninsula today there was more of the same migrants, plus Yellow Wagtails and Red Kite (MC, DS et al). 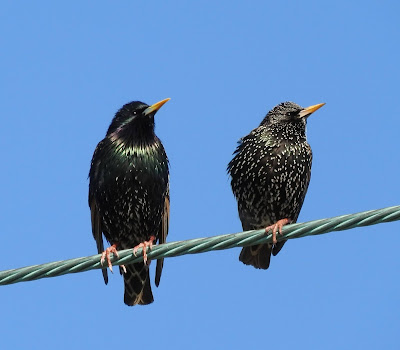 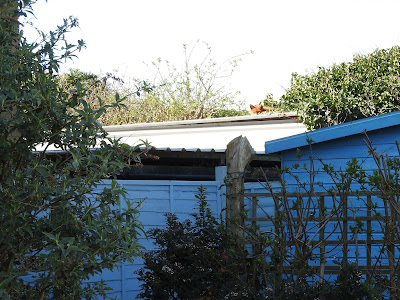 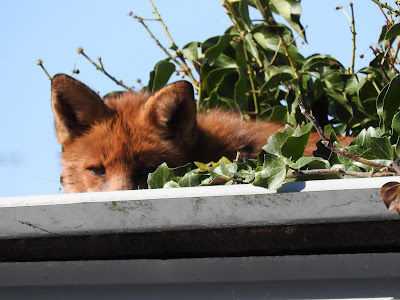