Lade - warm, dry and sunny, SW 2  - Yesterday it was a Woodcock flushed from a Littlestone garden, this morning a Firecrest flitting through our garden fir trees and dropping onto the lawn to feed; gardens, it seems, are the place to go birding! Infact, with sunshine and light airs today was a cracker to be out and about locally, particularly as the forecast for the next few days is for gale force winds and rain sweeping in off the Atlantic. The morning started off on a quiet note outback with a lone Chiffchaff singing in the willow swamp and a scattering of male Reed Buntings reclaiming breeding territories. Other hints of spring came from raptor activity with Marsh Harrier, Buzzard, Kestrel and Sparrowhawk all taking advantage of the thermals bouncing off the shingle behind the `mirrors` to show off their aerial  prowess. 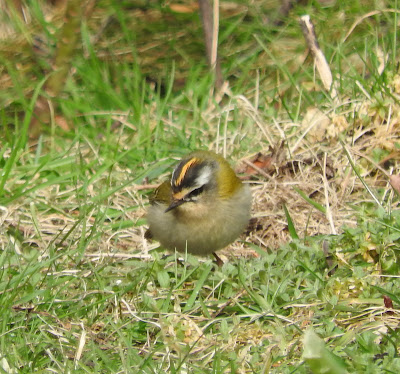 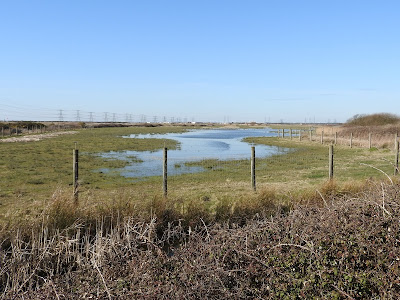 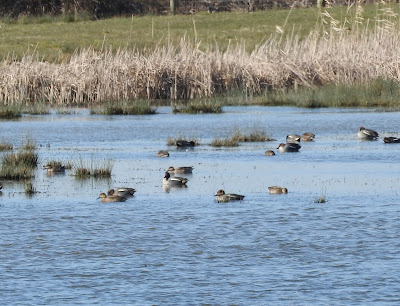 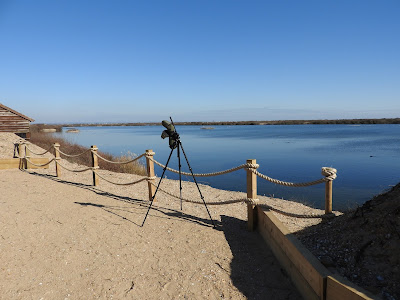 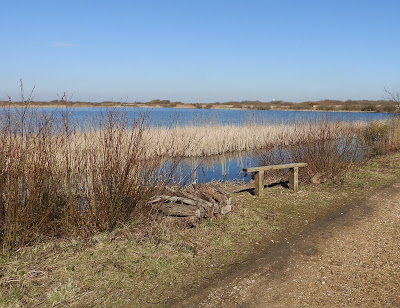 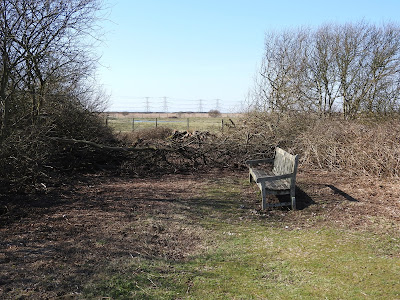 As testified by the above pics RSPB staff and volunteers have been busy this winter clearing scrub, opening up viewpoints and positioning new seats around the circular walk in preparation for a return to business sometime soon (we hope). A circuit of the main trail around midday in glorious sunshine yielded a host of birds including more singing Reed Buntings, Cetti`s Warblers and Chiffchaffs, a pair of Stonechats, several Bearded Tits and vocalising Water Rails at Hookers, plus flyover Bittern and Raven and a pair of displaying Marsh Harrier. The fields at Dengemarsh were packed out with feral geese, 12 Shelducks, 110 White-fronts, two Barnacle Geese, 300 Golden Plovers, 12 Ruffs, two Dunlins, 50 Lapwings, four Pintails, Great White Egret, Glossy Ibis and plenty of Wigeon, Shoveler and Teal. The flooded hayfields looked in good nick attracting 120 Teal along with four Little Egrets, two Snipe, Curlew and a pair of Egyptian Geese. Burrowes held the usual mix of wildfowl (including four Goldeneye), loafing gulls and Cormorants. A Wheatear was reported in the sheep fold by the double bends at noon, but I could find no sign of it an hour later, although by then a bulldozer was making a fearful racket as it repaired the access road surface. We finished off this afternoon on the bay with a host of beach waders resulting in a day tally of 76 species.