Lade - cool, dry and sunny, NW 3 - After four days of relentless strong to gale force winds whipping up-Channel, accompanied by occasional heavy rain and hail showers, the wind eventually relented today. The local patch has changed little, apart from two Brent Geese that paused briefly in the week along with the first Bittern sighting of the year. On the WeBS count this morning five Goldeneyes were still on station, while passing Chiffchaffs continue to sing from the willow swamp. 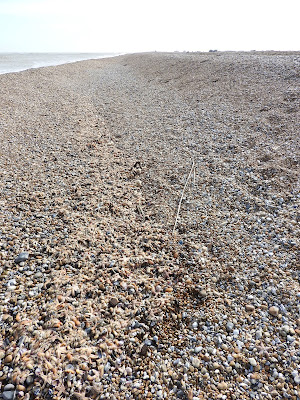 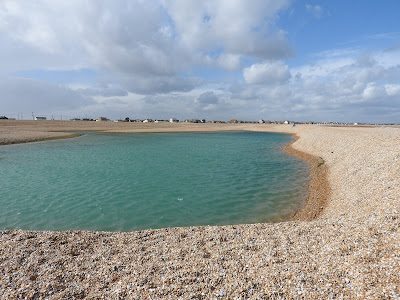 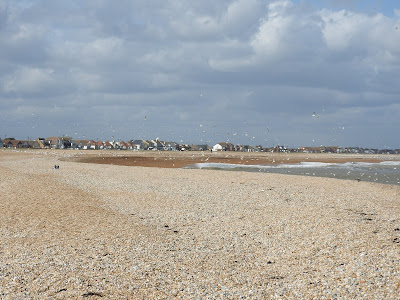 Elsewhere this weekend, a second year Glaucous Gull was located amongst thousands of gulls attracted to tons of dead sea mice, starfish, slipper limpets, clams and the like washed up by the stormy seas; the strandline opposite the lifeboat station was smothered in great baulks of shellfish. On Saturday afternoon I staggered up the beach into a blasting westerly wind for distant views of the great white brute on the sea and overhead in the melee of feeding gulls.