Lade - warm, dry and sunny, SW 3 - The past couple of days have been pretty similar on the weather front with cloudy, misty conditions first thing, followed by sunny, blue skies by mid-morning and the wind picking up during the afternoon on the incoming tide. Our daily circuit of the local patch also produced much of a muchness, including the stunning summer plum Black-necked Grebe on south lake along with three Goldeneyes and 52 Shovelers. Time spent scanning the skies from the aerial ramp paid dividends with up to six Buzzards, two Marsh Harriers and a Kestrel over the airfield today and a pair of Sparrowhawks displaying over the willow swamp yesterday. A tight flock of around 200 Golden Plovers swirling erratically high above the airfield had cause for concern due to a Peregrine tracking their progress, while a steady stream of `yowing` Mediterranean Gulls passed westwards. It was also the perfect day for a coasting Red Kite or maybe even a Sea-eagle, as there have been a number of sightings across the south-east of wanderers from the Isle of Wight re-introduction programme; but not today, so maybe tomorrow... 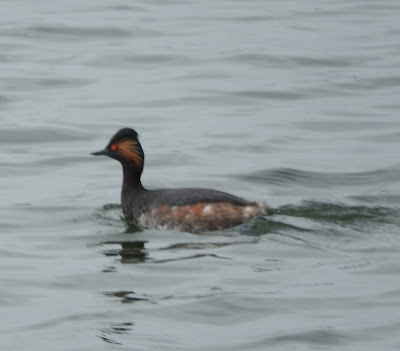 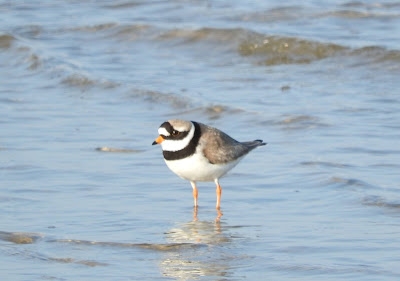 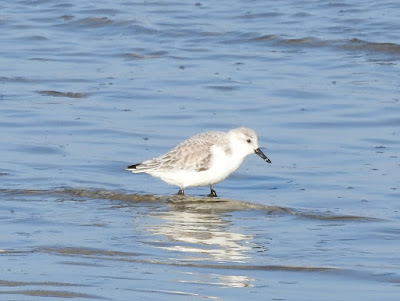 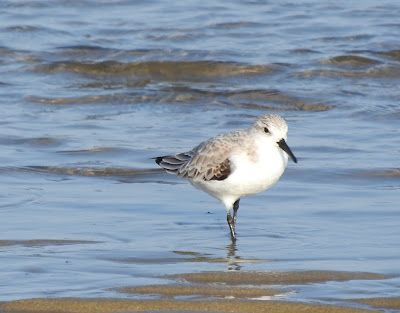 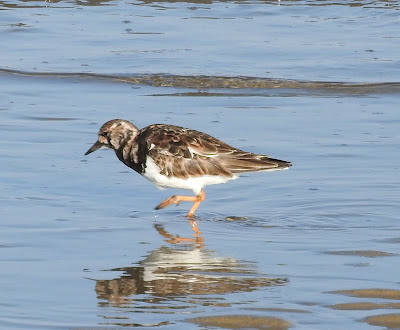 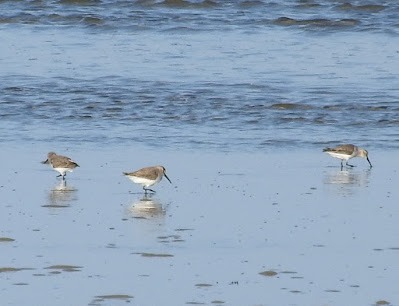 The late afternoon high tides combined with bright sunshine have been perfect for checking out and attempting to photograph some of the eight species of bay waders, with mixed results.