Lade - mild, cloudy, drizzle, W 2 - A grim yet mild day with light rain throughout. This morning there was a noticeable overhead movement of Chaffinches with some grounded in the drizzle along with a few Reed Buntings. 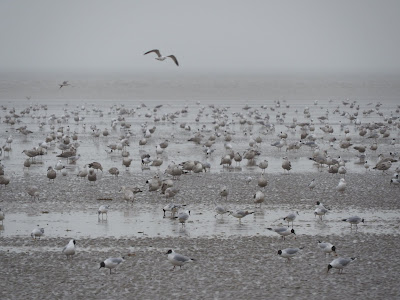 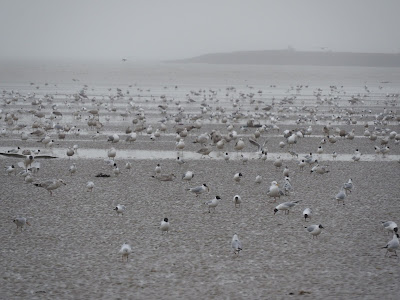 A small proportion of the bay gull flock 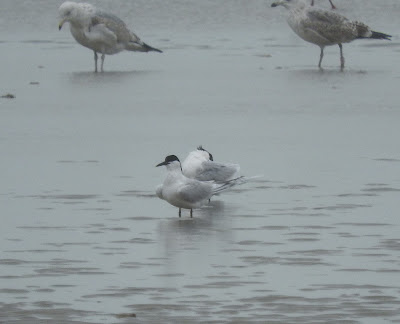 The main event though was on the bay this afternoon on a falling tide with an arrival of at least 30 Sandwich Terns, a sure sign of the impending spring, while it was great to hear their raucous calls once again echoing out across the sands. As for gulls, I could not begin to estimate how many thousands were scattered across the bay from Dungeness to Littlestone. The majority were Black-headed followed by in numerical order: Herring, Common, Lesser and Great Black Backs, plus 25 Mediterranean, three Kittiwakes and two Yellow-legged Gulls.