Lade - 1030hrs - cold, dry and sunny, sw 3 - Mrs PT joined us for a circuit of the local patch in bright sunshine, but with a nippy wind. On south lake the wintering Red-crested Pochard was amongst 900 or so Coots and assorted ducks and grebes, while two Marsh Harriers were eyeing up the throng for a weakling. Around the willow swamp a tit flock contained two Chiffchaffs and a Kingfisher zipped across north lake. 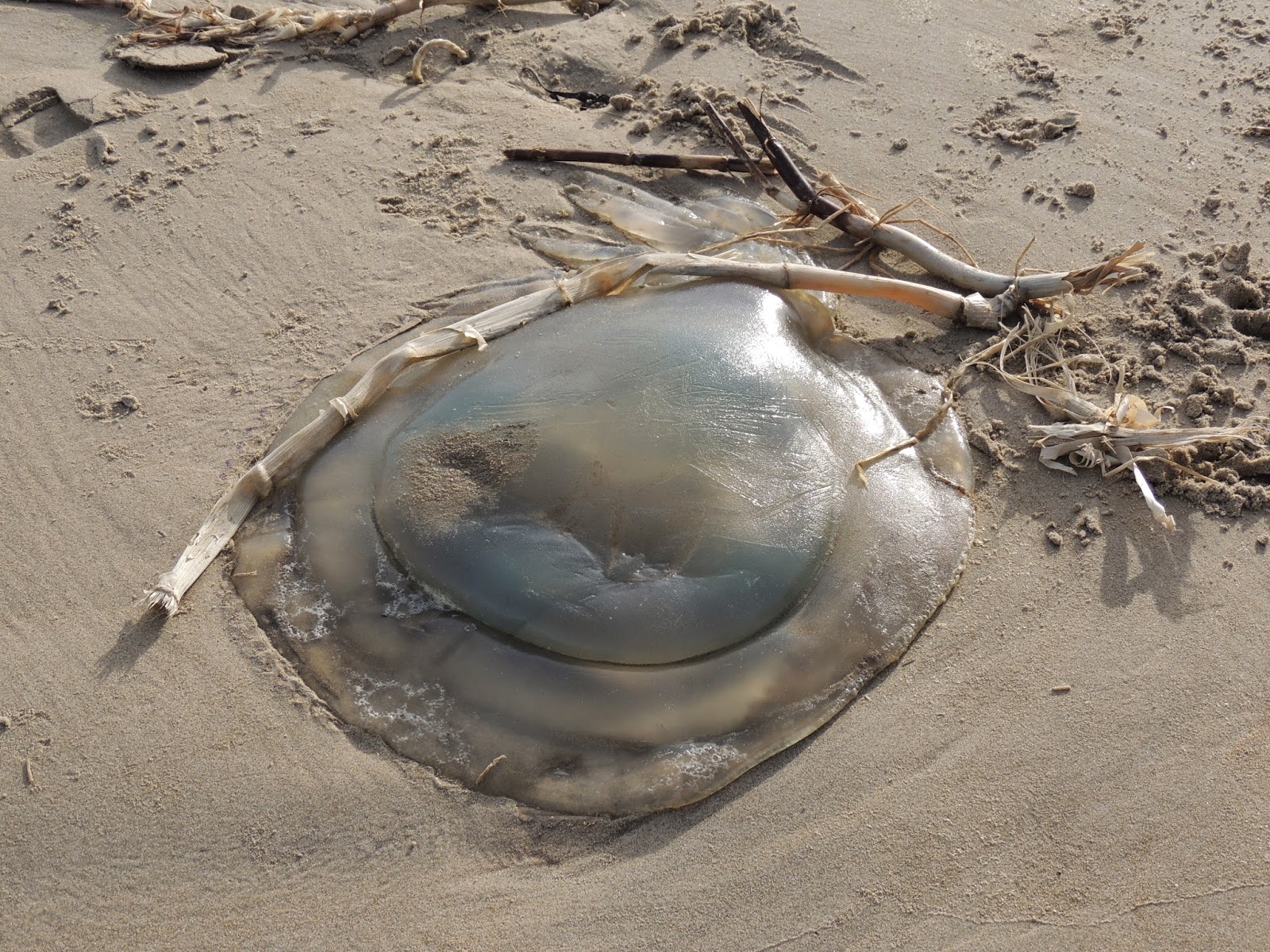 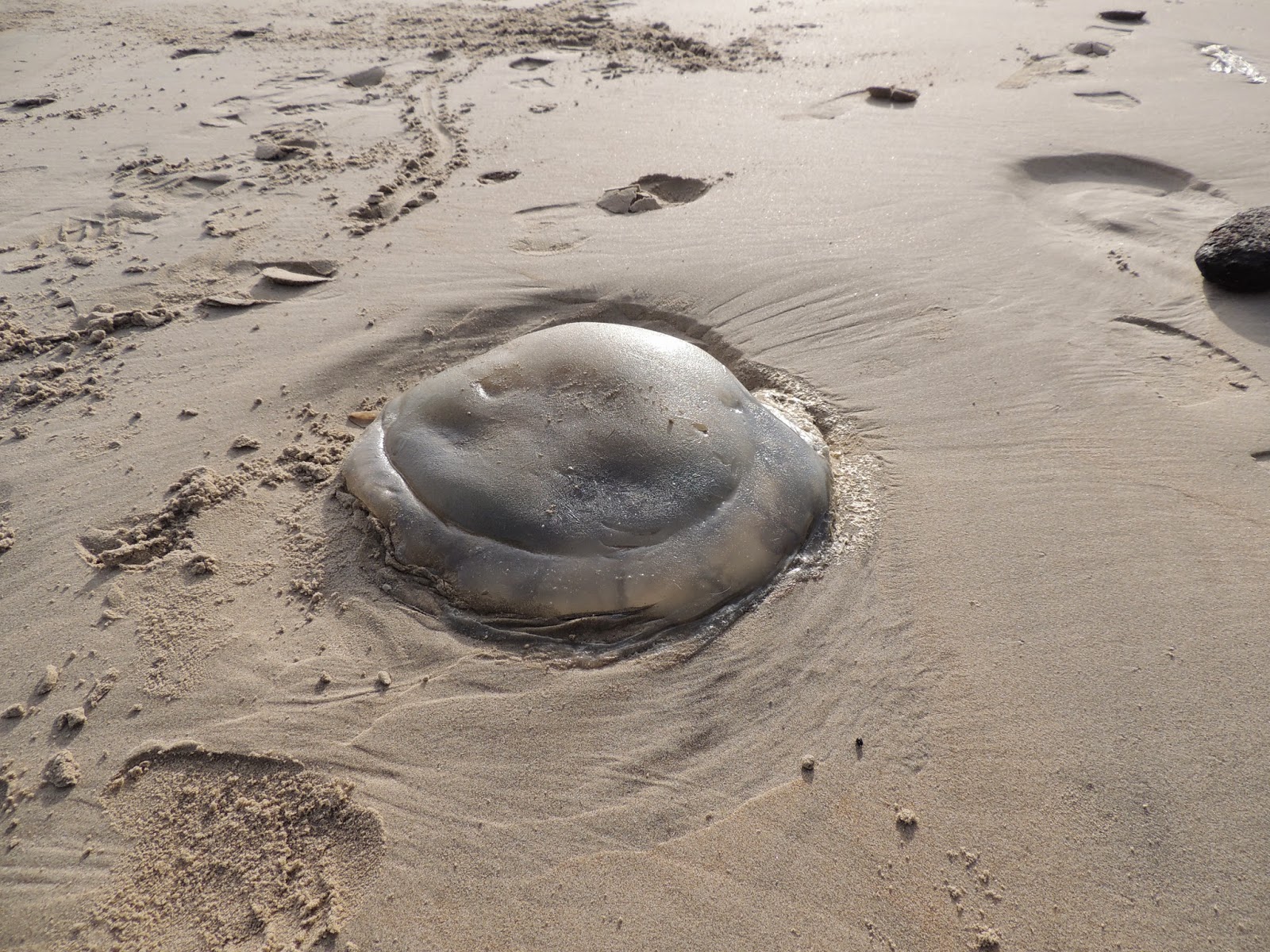 After a cup of tea with friends and a natter half way round we walked back along the foreshore where two whopping great Barrel Jellyfish were washed up on the sands opposite Romney Tavern. These dustbin-lid size sea creatures are abundant south of the equator and were probably deposited on our beach as a result of a series of weather systems and ocean currents originating from the Azores. Unfortunately, the true beauty of these simple plankton feeders is wasted when seen washed up and lifeless on a beach.
On a rising tide we counted 750 Oystercatchers, 45 Barwits, 53 Knots and 35 Grey Plovers just before the sea covered their feeding grounds and they flew to roost.
Posted by Paul Trodd at 10:59