Lade - cold, cloudy, rain, se 3 - It had to happen sooner or later, although its come on early this year: birders block, things have just got a bit samey. I know I really shouldn`t moan, as where else in the south-east could you spend a morning in the field and see three species of egrets, Bittern, harriers, Smew, Goosander, Scaup, Black-necked Grebe, wild swans, divers, Gannet, auks, Kingfisher and the like, not forgetting a Night Heron and Lesser Yellowlegs either side of us? Answer, pretty well nowhere, "so pull yourself together and count your lucky stars", I hear you say. Ok, ok, I`ll shut up, but the weather these past two days hasn't helped either, being cold and grim with wintry showers, and I know its the same for everyone...
Anyhow, not sure where this post is going, but this morning we checked out the point from the boats where a `blizzard` of gulls contained at least one adult Med Gull, with at least 105 Turnstones  roosting on the shingle. 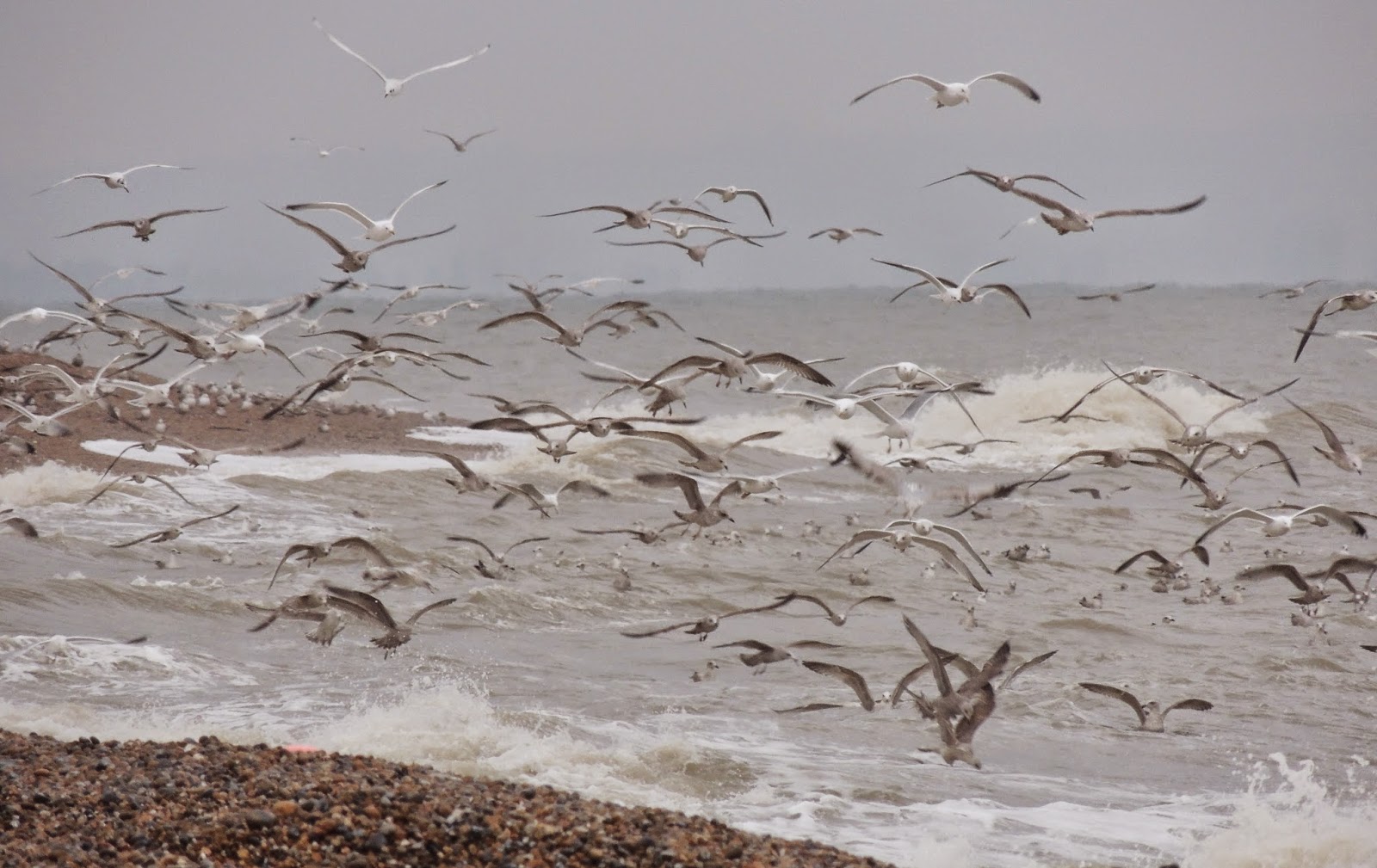 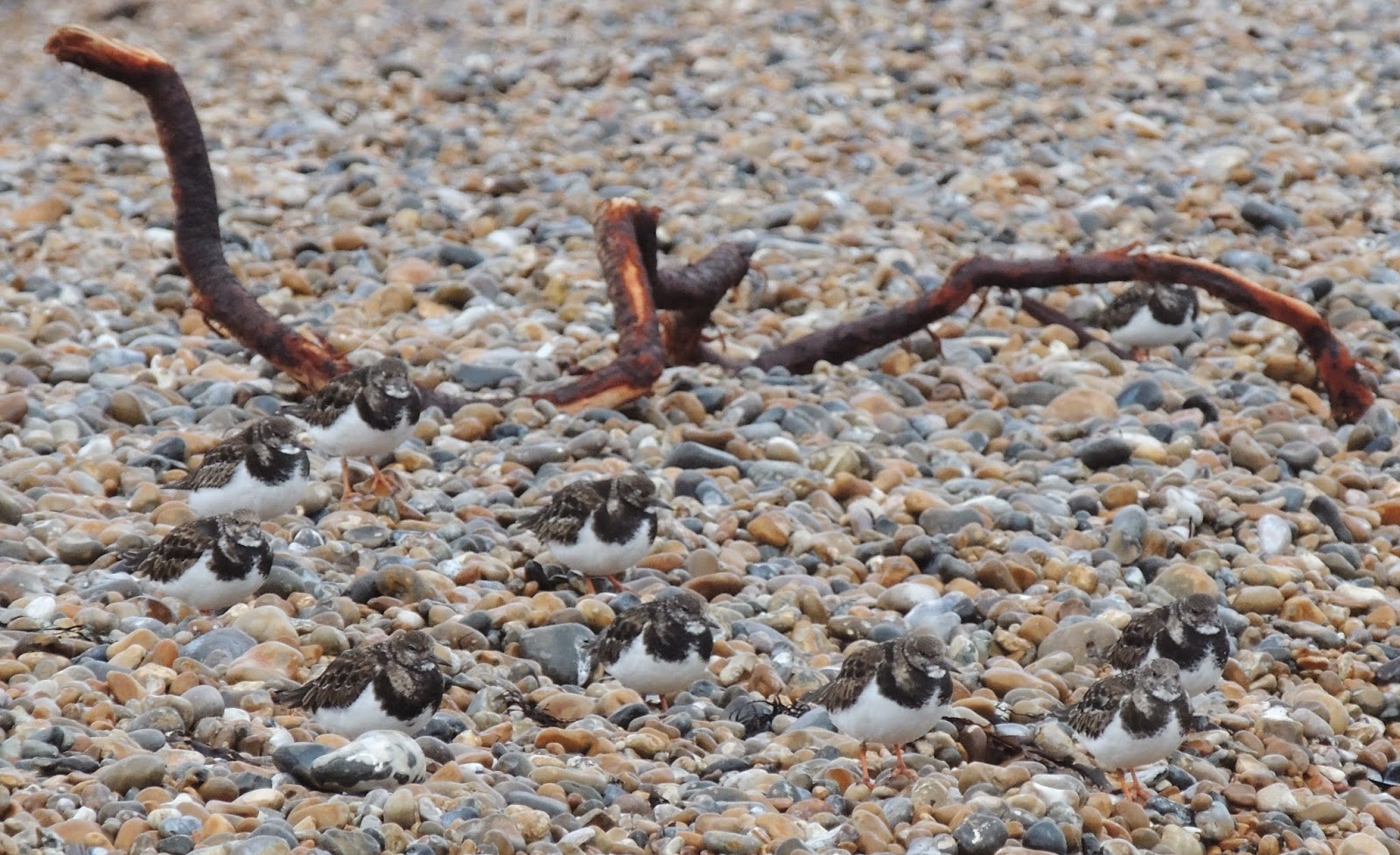 This afternoon a drive across Romney Marsh delivered a Great White Egret on the canal near the Hamstreet garden centre, a thousand Woodpigeons near Newchurch, a Little Owl on straw bales at Honeychild Farm and at least four Buzzards, including one perched on the ruins of the ironically named `Hope` church. Quite what these raptors find to feed on in this arable desert is a bit of a mystery, but I hear tell that the brown rat population is high this winter.
As dusk approached we walked Mockmill hoping for an owl or two, but it was not to be. Several Marsh Harriers drifted over to roost and thousands of Lapwings and Woodpigeons filled the skies just before light out.
The weather looks a bit kinder over the next few days, so hope springs eternal, plus we`ve got birders in at the weekend which should buck me up a bit.
Posted by Paul Trodd at 10:41