Nickoll`s Quarry, Hythe - Rain, cloudy, cold w 2 - 1030hrs  - With the rain hammering down we set off for the eastern extremity of the Marsh for another stab at the heron. This time I togged up in full foul weather gear along with back up in the form of Barney; just in case we encountered fat bloke and nipper, which we didn't, but let`s face, who else would be daft enough to be out on a day like today (don't answer that...). This time we accessed the site via a public footpath off Burmarsh Road, and from the shelter of a green trailer beside the fishing lake soon located the 1st winter Night Heron hunched up in a hawthorn bush looking decidedly miserable in the pouring rain - it was probably thinking, "why did I ever leave that cosy aviary..." 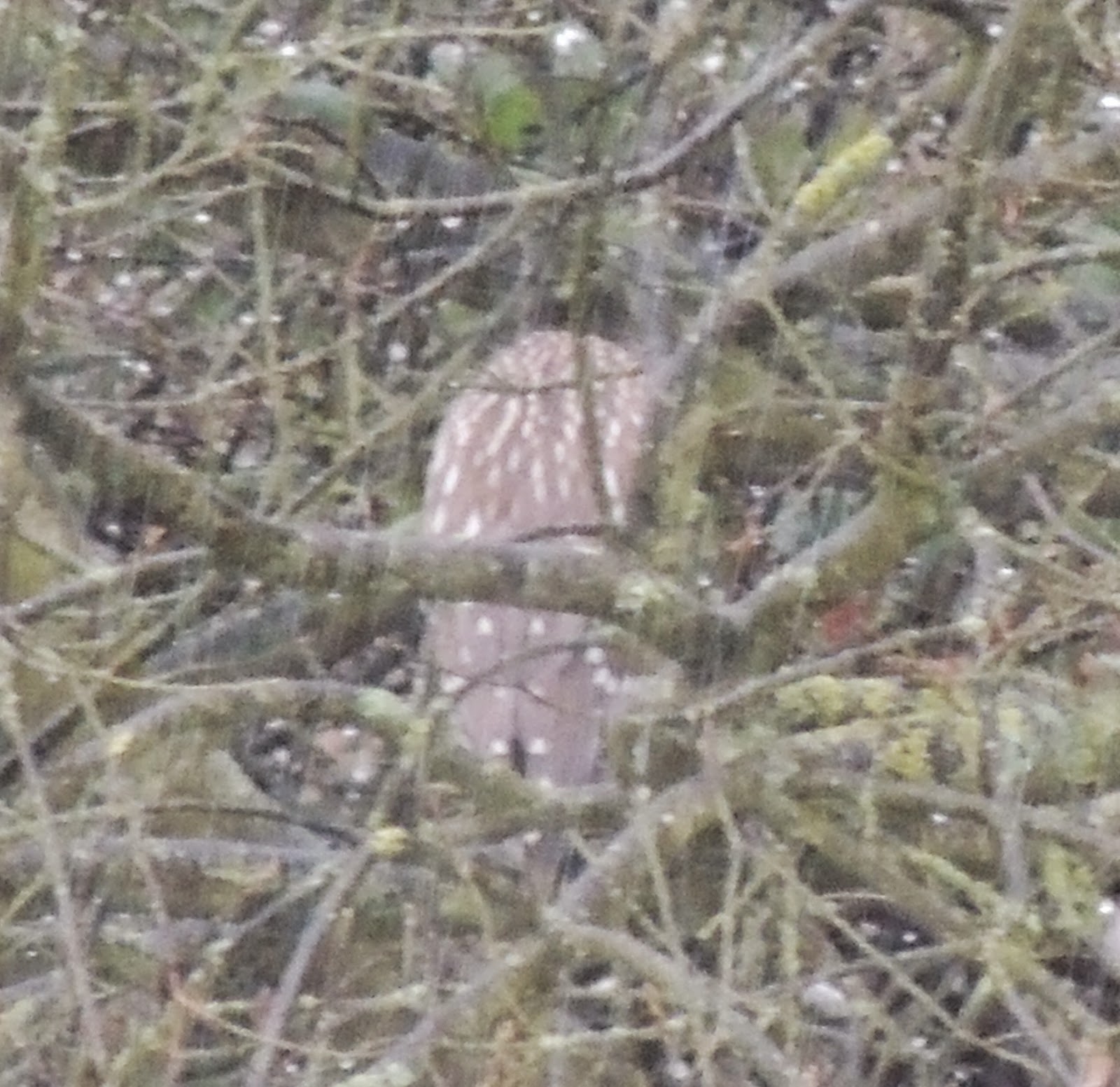 Anyhow, we soon got fed up (Barney hates the rain, it plays havoc with his beard...) looking at the inert speckled lump, so after taking a few pics (just so`s I can swoon over it in my dotage) we sploshed back to the lane.
Whilst drying off by the car there was a sudden screech of brakes accompanied by the smell of burning rubber, and bless my old sea boots, who should it be but Bedfordshire`s finest, LGRE, a Marsh year tick if ever there was. After a hurried greeting and some small talk about a recent Black-necked Grebe at Dunstable I suggested he put on some outdoor clobber as it was a touch swampy out there; as usual he was attired as though for a night out clubbing. After giving exact details on the herons whereabouts off he went in search of a year tick. Good to see you Lee, and keep on twitching!
Dungeness - 1400hrs - Back on the peninsula the rain had finally petered out so we gave it an hour at the fishing boats where at least 350 Great Crested Grebes were on the sea, plus a sprinkling of Guillemots, Red-throated Divers and passing Gannets and Kittiwakes.
Lade - On south lake the Red-crested Pochard and two Goldeneyes were still present, while two redhead Smew flew off towards the bird reserve. At last knockings a few Magpies came to roost in the willow swamp, but nothing like the numbers before New Year.
Posted by Paul Trodd at 12:04