Lade - cold, dry, sunny, nw 4 - Its becoming a bit of a habit to avoid the bird reserve at the weekends as often the hides are crowded with visiting birders, and I`m lucky enough to be able to visit in the week. This `tradition` is very popular with Barney who loves nothing more than snuffling around the local patch chasing a few rabbits and cocking his leg up every piece of vegetation, so this morning we took in a full circuit and even slogged up the beach to the point and back around Kerton Road Pit. A decent step in gorgeous winter sunshine even if the north-westerly wind had a keen edge to it.
On the lakes duck numbers were down on last weekend, although many were taking shelter from the wind in and around the willow swamp and difficult to count. Four Goldeneyes were the highlight, although it does seems as though the RCP has done the off; obviously a wild bird then... Despite the chill, and looking for evidence of spring (ok, clutching at straws) a pair of Great Crested Grebes were engaged in a bit of courtship display, a Dabchick `trilled` from cover and a Herring Gull was testing out last years nest site on a solar panel.
Mockmill was dead but several Marsh Harriers and a Kestrel were trying their luck on the fields behind the `mirrors`, so we cut down Seaview Road and hit the beach where eight species of waders were noted on the incoming tide, best of which was a flock of 65 Knot, 12 Grey Plover and eight Ringed Plovers. At the point a few distant Gannets and Kittiwakes fished amongst rafts of Great Crested Grebes and Cormorants, while a flock of 28 Brents headed east. Kerton Road Pit was largely barren apart from a few gulls and two Stonechats. 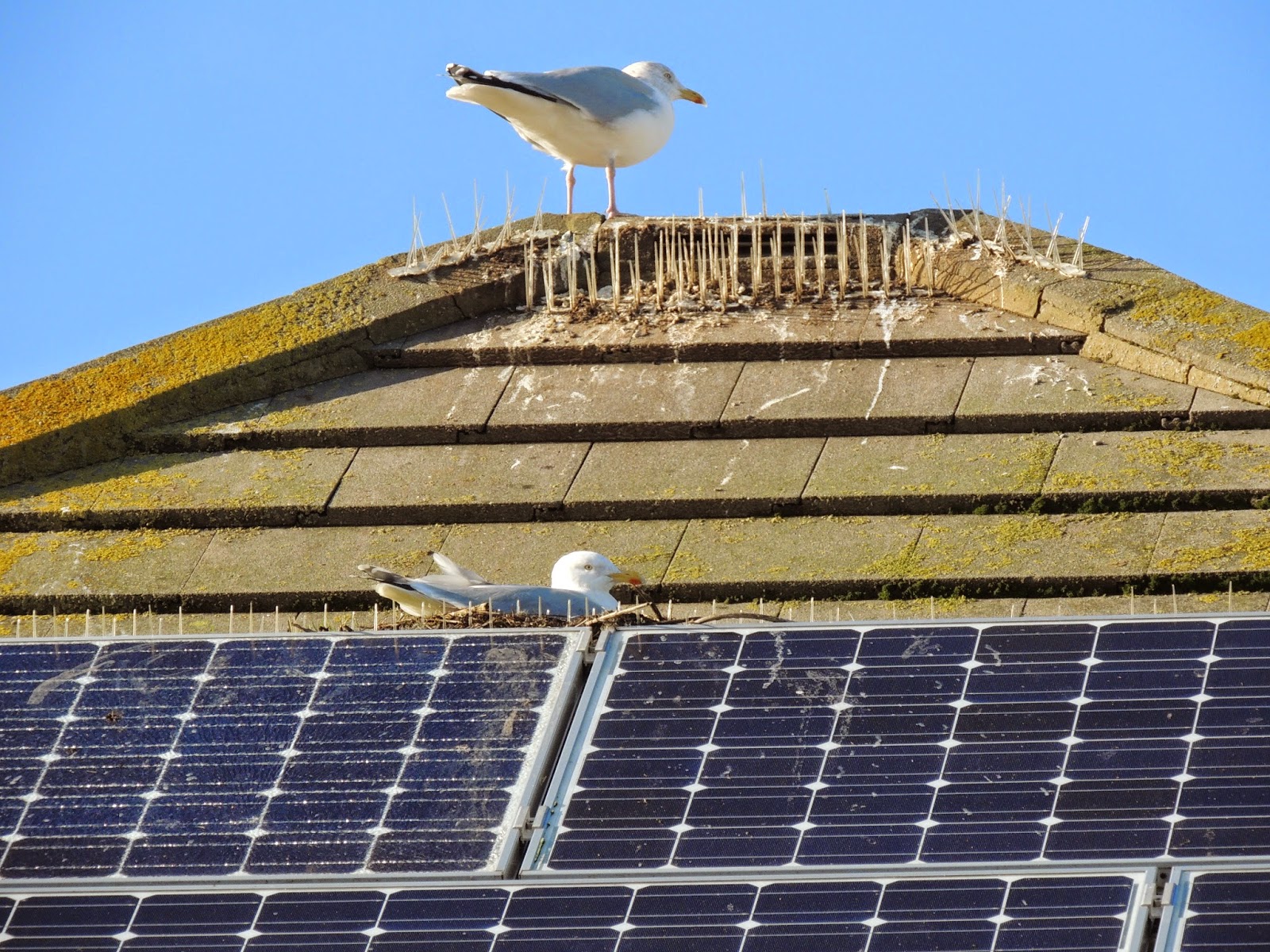 Walland Marsh - We had a wander round the Marsh this afternoon, first off checking the wild swans at Horse Bones Farm where 86 Bewick`s and one Whooper Swan were present and closer to the lane than of late. At Wheelsgate up to 500 winter thrushes were of note, many of them pulling large earthworms from a flooded ley, plus a scattering of Song Thrushes and Blackbirds along the railway line. Further on the solar farm margins held ten Yellowhammers and several Chaffinches. Finished off at a harrier roost in the company of PB and BB where up to 12 Marsh Harriers were in the general area, plus two Buzzards, 50 Linnets, hundreds of Lapwings, Greylags and at least 28 White-fronts. 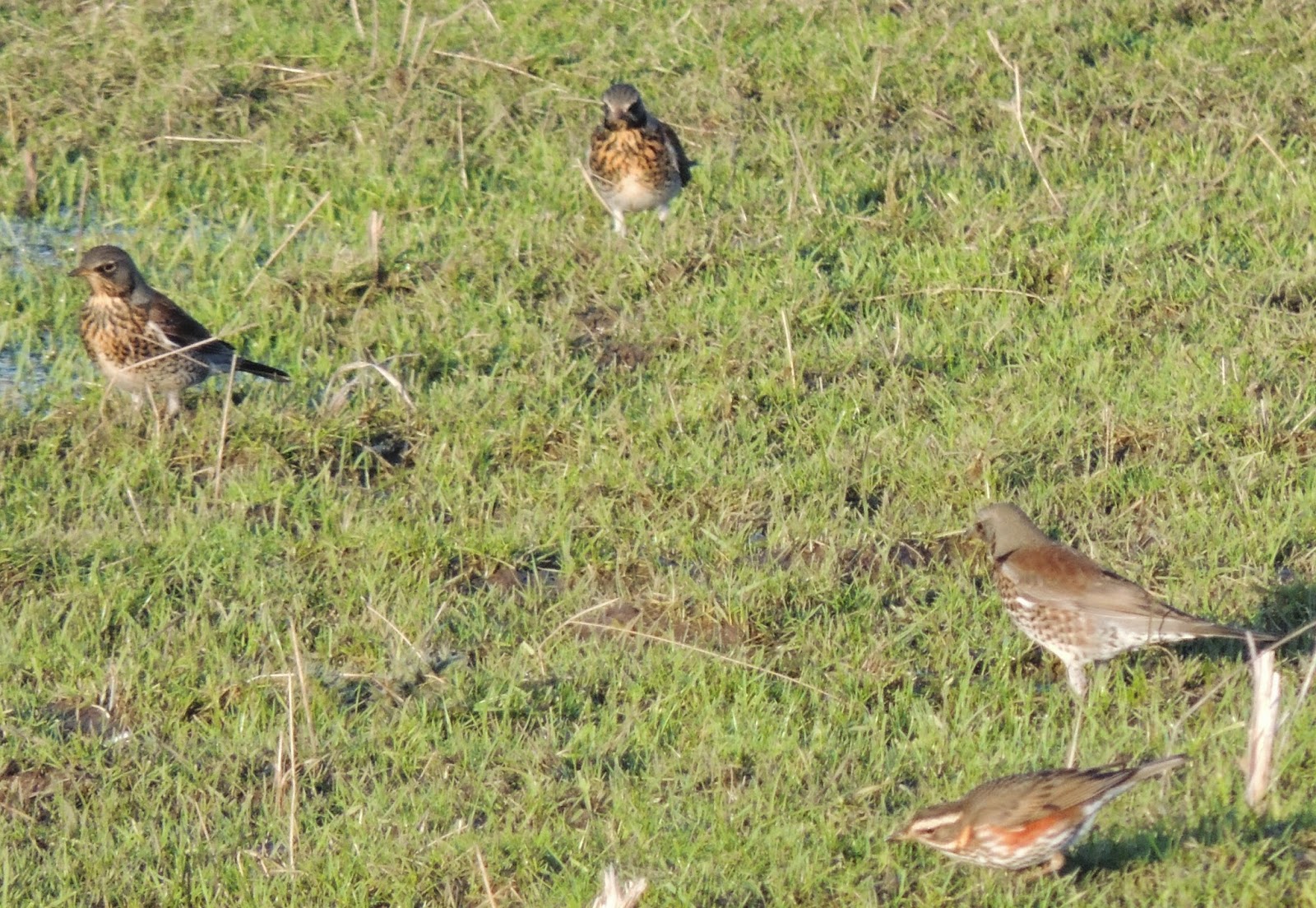 Tim and Jenny from West Sussex finished their stay at Plovers having enjoyed two days birding around the Marsh during which time they connected with `specialities` such as Bittern, Smew, Marsh Harrier, Cattle and Great White Egrets, Bewick`s and Whooper Swans, Black-necked Grebe, Tree Sparrow and Corn Bunting.