Waders in the mist

Lade  - cold, grey, misty, n 1 - It was a dank old morning with low cloud and mist throughout and the dull drone of the Dungeness foghorn drifting down the coast. I`d been up since 5am doing a bit of writing and thinking, as you do, and wandered out in to the garden now and again for a listen and a stretch to ease the lower back pain. Apart from the intermittent foghorn there was silence, no winter thrushes, waders or gulls calling, no traffic noise, just silence, it was wonderful being shrouded by a cloak of swirling mist, peace and quiet, all was right with the world, until about 7am when it began to wake up. Anyhow I slavishly cracked on at the keyboard, drinking tea with Barney flopped across my feet, until Mrs PT joined us around 9am. Outside the fog thickened and the prospect of second breakfast seemed far more enticing than a slog across the shingle, or searching desperately for an  already `tweeted` 1st winter Caspian Gull in the roost at Dunge (well, let`s face it...).
As 10am approached Barney looked up hopeful for a walk, but as soon as he heard the jaunty tune of Barwick Green on the radio he slumped back into bed knowing that nothing shifts his master when the omnibus edition of The Archers is playing; well, nothing that is except maybe a Little Bustard, but certainly not a Caspian Gull... Anyhow, having missed Fridays episode I had to listen to the full hour and a quarter (how sad is that...), so we didn't hit the shingle until nearly noon, by which time the fog had cleared a little. 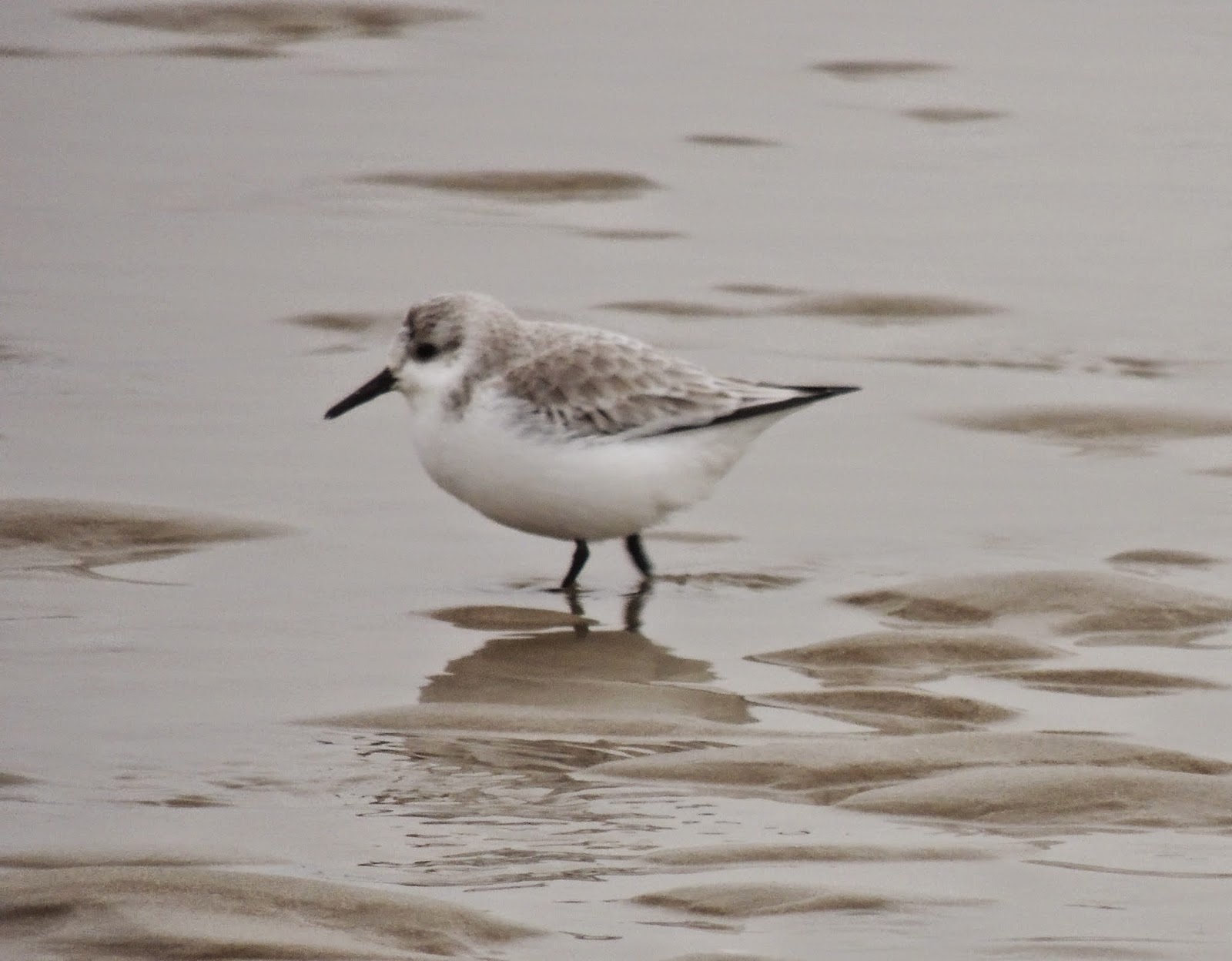 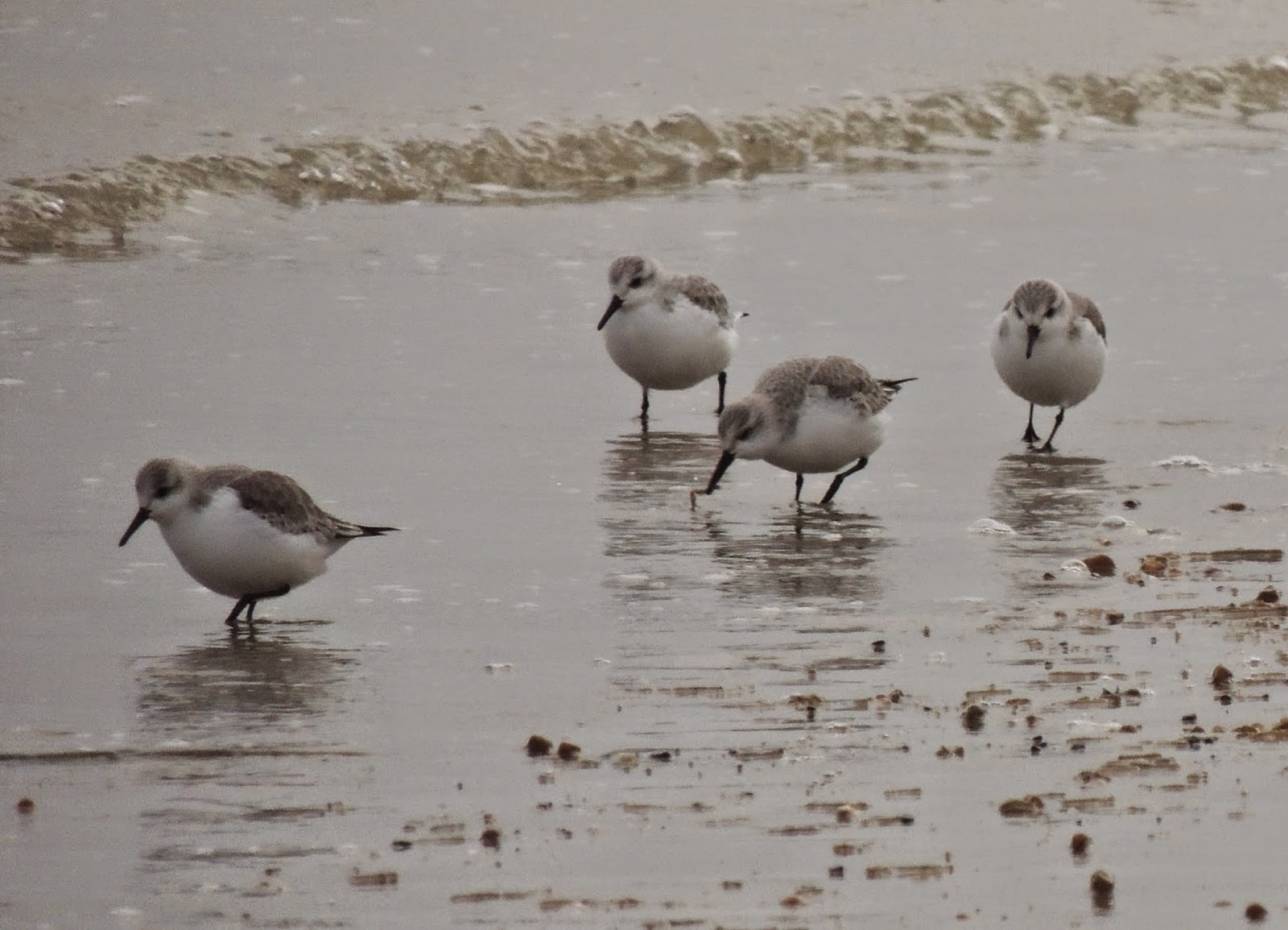 
Eventually we togged up and Mrs PT joined us for a circuit of the local patch where there was no change on the lakes with the Red-crested Pochard still present, plus Chiffchaff and Long-tailed Tits in the buddleia bushes. Walking back along the foreshore the tide was on the turn and waders were returning to feed, so we spent a pleasant hour watching Sanderlings scurrying close by and Turnstones picking over detritus higher up the beach. As the sea retreated the `big boys` put on an evocative show, emerging from the mist, a clamouring and a curlewing. 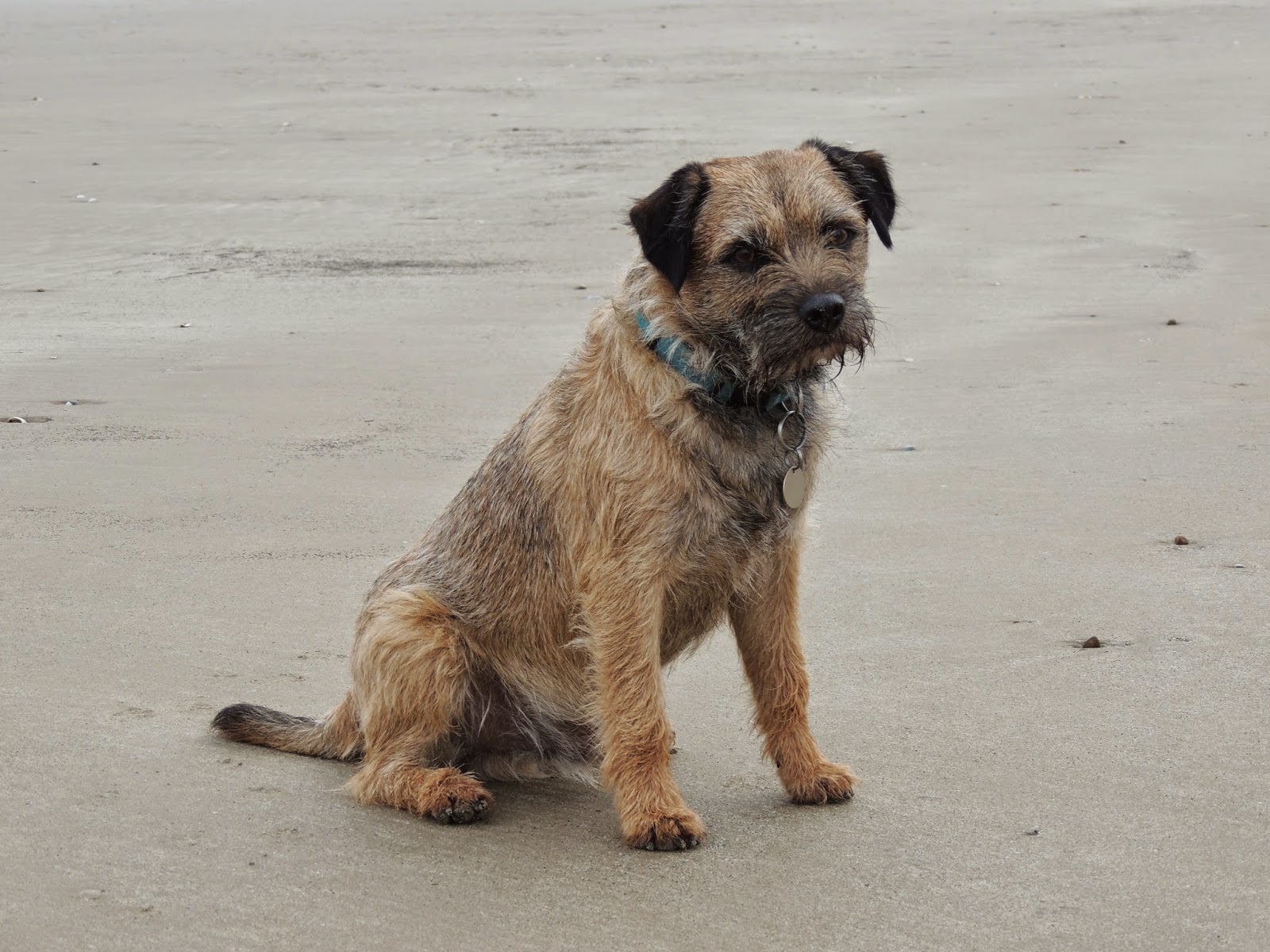 After a late lunch we returned to the foreshore, but a sea fret soon rolled in covering us in moisture and dramatically reducing visibility, so we headed home and fired up the wood-burning stove. I always find a winter fog, with its stillness and murk, gives the landscape hereabouts a weirdly ethereal feel; but somehow comforting, like being wrapped up in blanket, baffled from sight and sound, safe and unseen and perfect for smuggling.
Posted by Paul Trodd at 12:04