Dungeness - 0845 hrs - cold, dry and sunny, n 3 - Seawatching at this time of year is very much a last resort or done for a change of scene; there`s nothing likely to be new on the pits, but the sea, well you just never know, and this morning proved the point. From the fishing boats all was initially quiet until the Cormorants located a shoal of sprats. Within ten minutes there was over 200 of `em gobbling up fish, working in small teams corralling their prey; then the gulls came in for any by-catch, hundreds of the mostly larger species. After 15 minutes up to 20 Gannets joined the party, plunge diving from on high amongst the melee, closely followed by the star of the show, hammering in low over the waves out of Hythe Bay, a stunning immature Pomarine Skua. In it swept like a large, black falcon, steaming into a Kittiwake, which immediately disgorged its catch, and then away west down-Channel. After 30 minutes the fish were dispatched and the show was over with the Gannets moving back out to sea and the gulls drifting along the beach.
Burrowes -  Plenty of wildfowl between Makepeace and Scott hides with over 200 each of Teal and Shoveler, 100 Wigeon and Gadwall, 60 Pintail, eight Smew and two Goosanders the highlights. Elsewhere around the lake, three Great White Egrets, two Marsh Harriers and a Black-necked Grebe.
Distant views of the North Downs showed a sprinkling of snow on the hills. 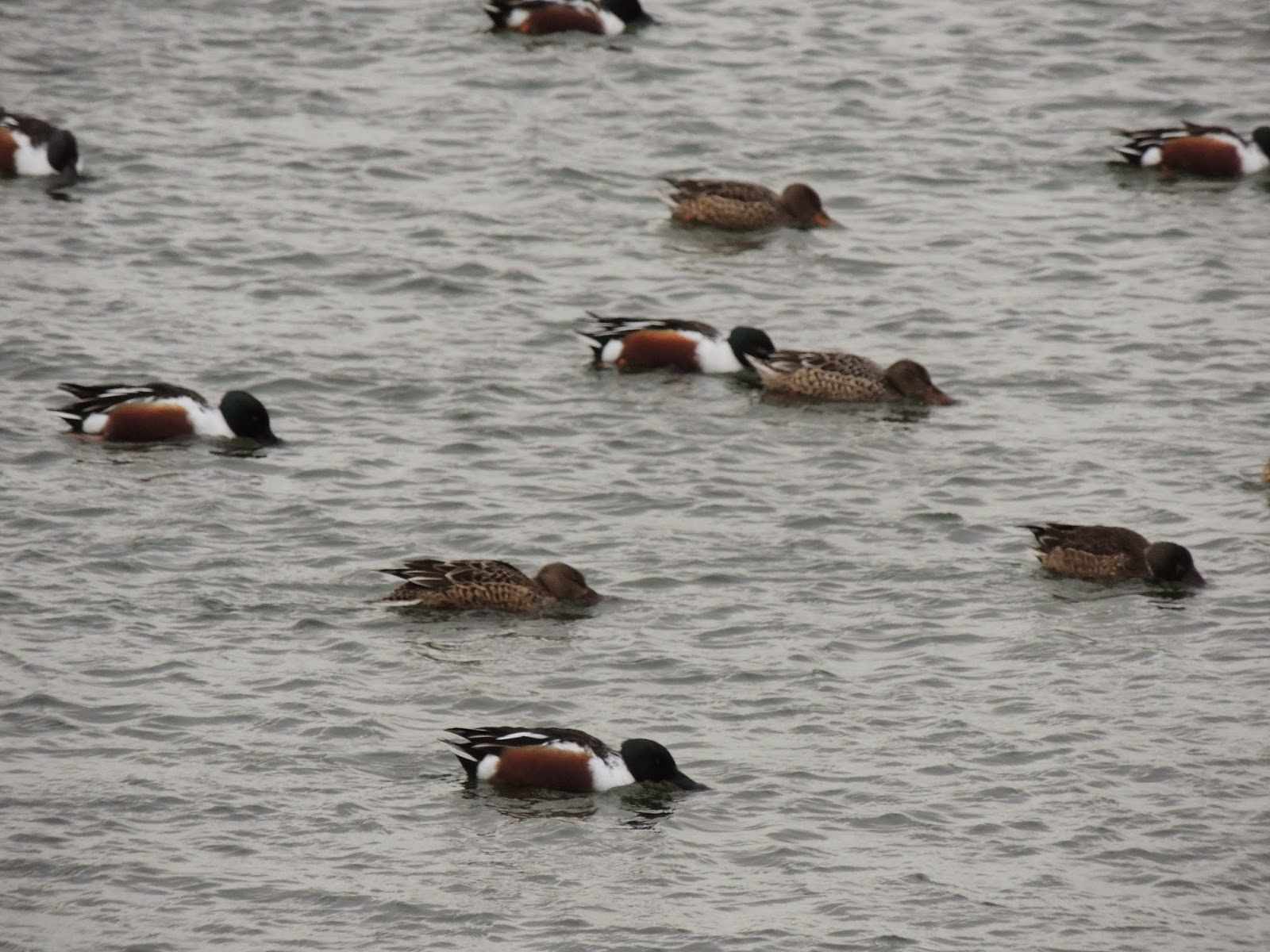 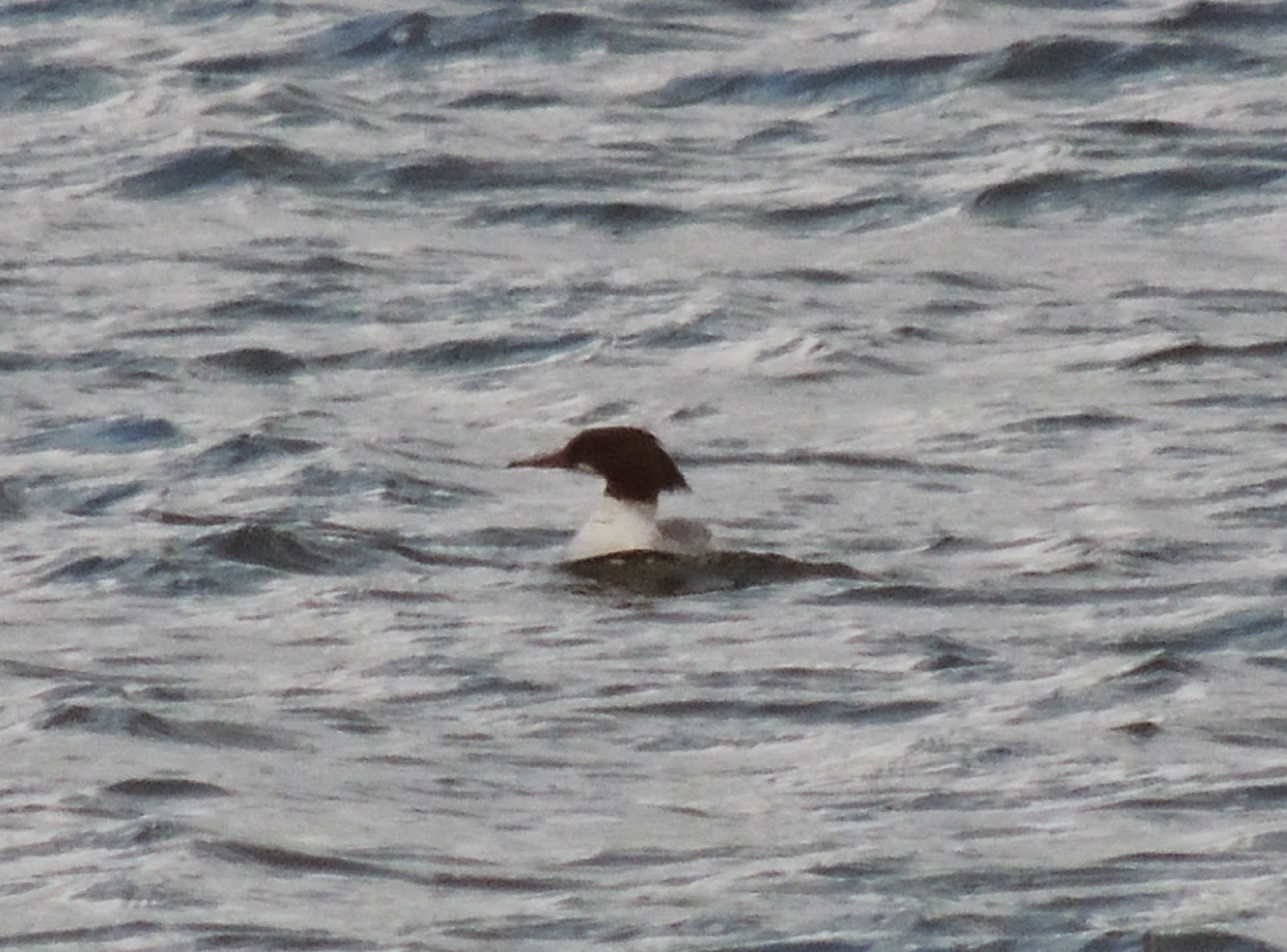