Lade - 0900hrs - cold, dry, sunny - At last a `proper` winters morning with overnight sub-zero temperatures cold enough to fuse the pebbles together, something which doesn't happen that often down here. With light airs and blue skies lifting the spirits we glided over the shingle ridges to work Mockmill Sewer. For the first part it was birdless, then singles of Dunnock, Stonechat and Blackbird perched atop the scrub soaking up the sunshine. Two Water Rails squealed from cover and I nearly stepped on a Jack Snipe that flew a short distance before dropping back down into the sedges, unlike three Common Snipe that zig-zagged away calling furiously. Behind the `mirrors` several Marsh Harriers and a Kestrel were taking advantage of the good weather while a distant Buzzard sat on a straw stack. Hundreds of Lapwings, Woodpigeons, Stock Doves, Starlings, corvids and gulls were active on the fields beside the airport. 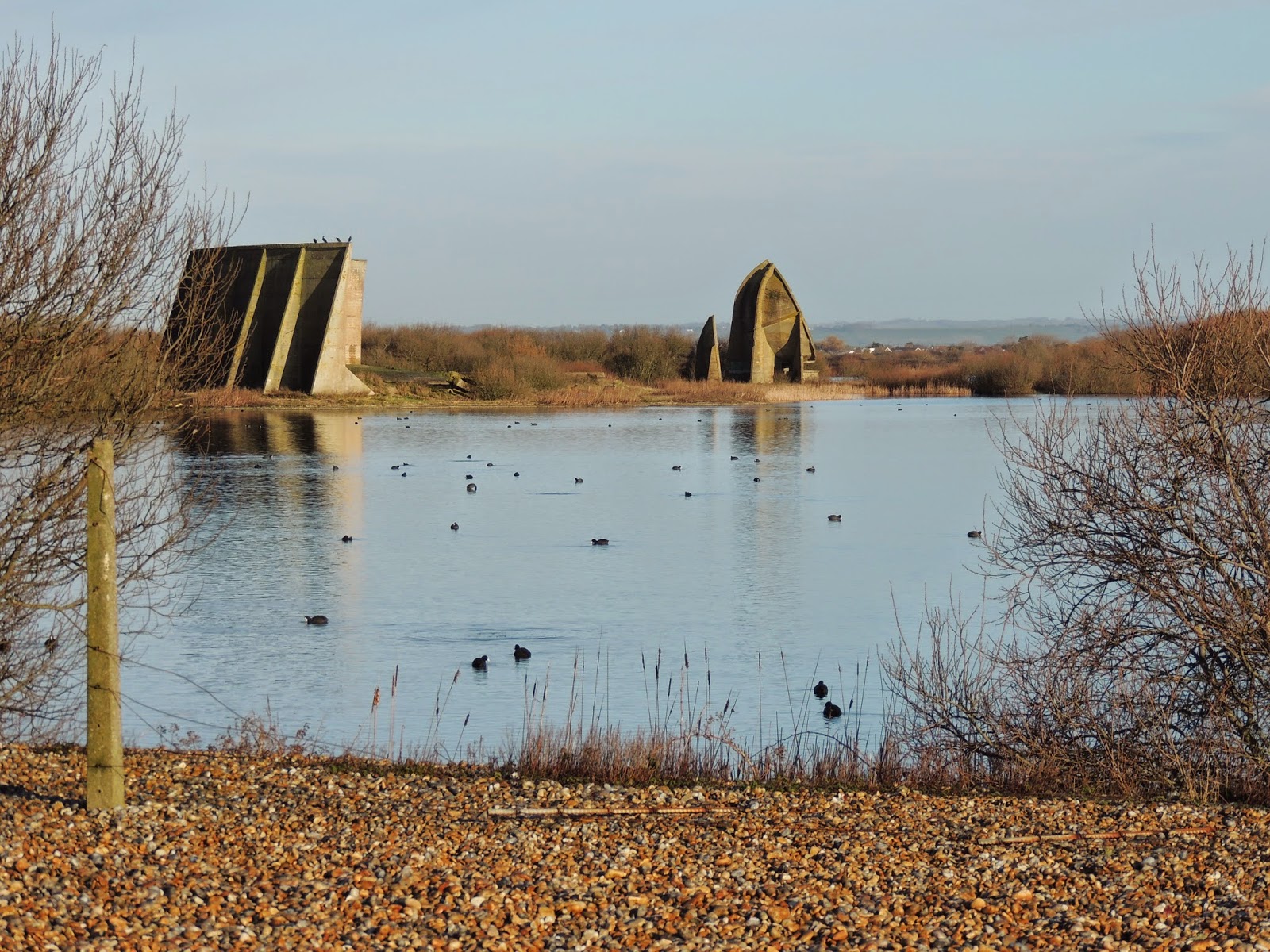 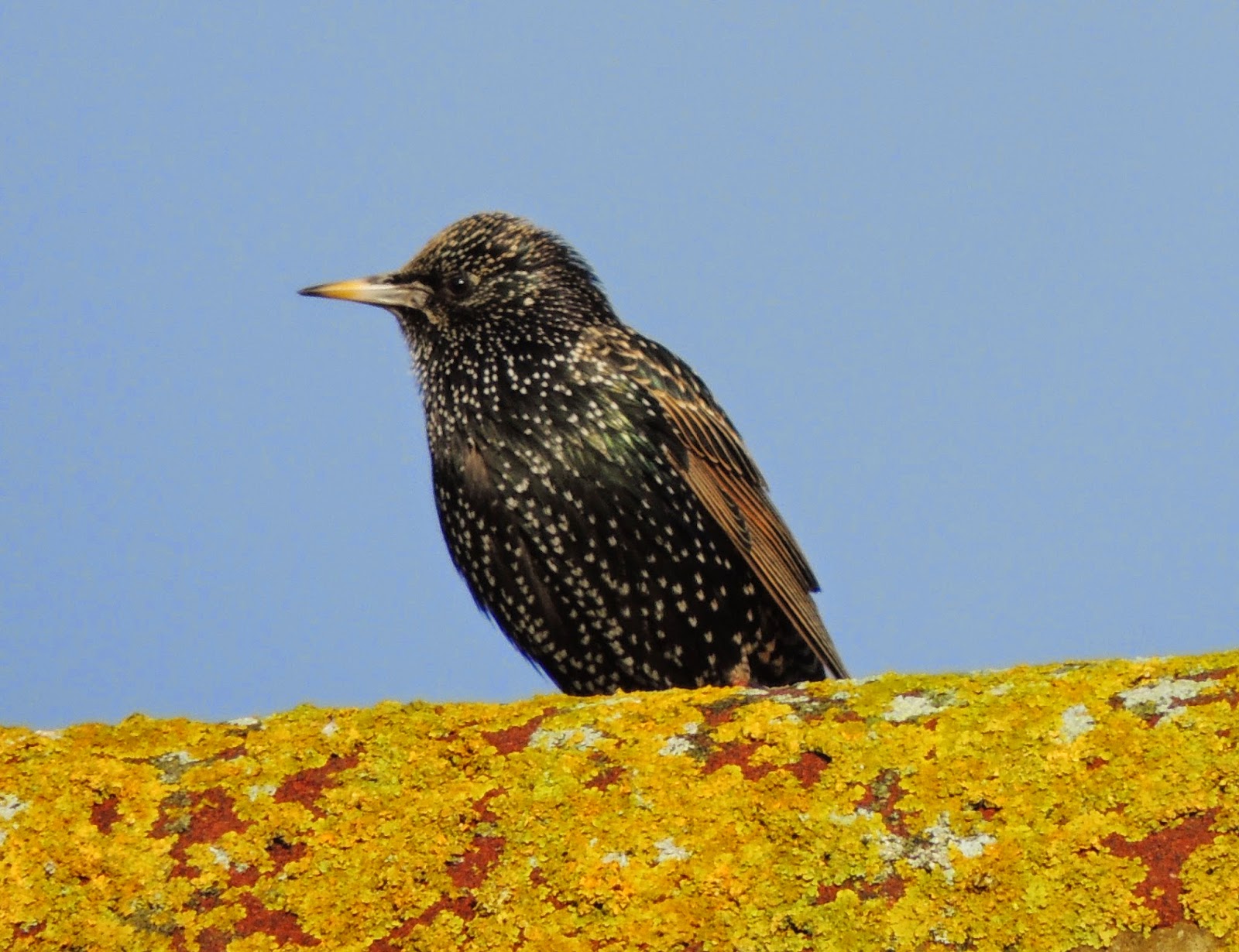 Starling soaking up the sun

Skirting back around south lake confirmed the presence of the wintering duck Red-crested Pochard, plus two Smew amongst the throng. Cetti`s Warbler, Chiffchaff and Long-tailed Tits were all noted in the willow swamp. By midday the rain clouds were gathering, but whilst working in the garden I had brief views of a stunning Firecrest in the fir trees, one my favourite birds.
The afternoon was pretty much a washout with hefty showers rattling across the peninsula, which got even more forgettable when I learned that QPR got beat 2-0 at home by the unmentionables...