Lade - 0800hrs - cool, sunny, nw 2 - A fine morning for a circuit of the local patch in bright sunshine with a fresh north-westerly airflow. One of the mainstays at Lade this time of year are Cuckoos; infact when I let Barney out at 0600hrs this morning I could hear one singing away over on the pits. Anyhow, last year I was delighted to see a female Cuckoo of the scarce rufous morph around the willow swamp, and low and behold she, or one of her progeny, were back again this spring. Its always difficult to judge exactly how many Cuckoos are actually present but I reckon there could be up to three males across the site and at least two females, as I`ve also seen a grey morph.
Along the foreshore, on an incoming tide, the usual sandpipers and plovers were present and the first flush of sea kale was in bloom with its distinctive scent on the breeze.
Once again the garden moth catch was poor with just five species of macro, although it did include that classic shingle moth, toadflax brocade, as well as the micro, Ethmia bipunctella. 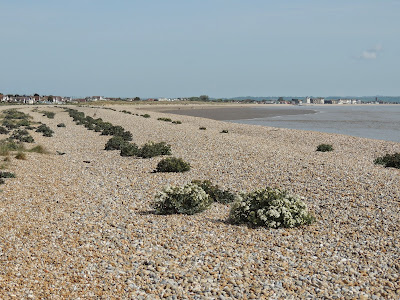 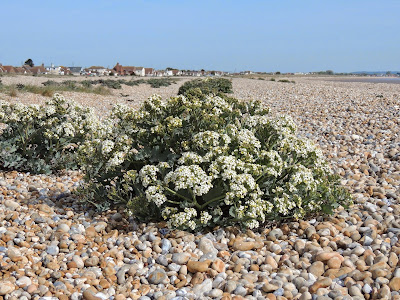 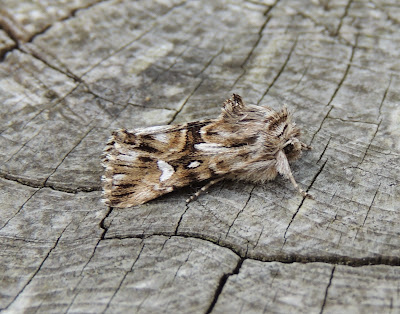 
ARC - 1230hrs - On the way back from the allotment in Lydd, where a couple of Common Buzzards went over, we joined MH et al in the car park for a raptor watch. With Red Kites all across Kent expectancy levels were high, although none were noted here, although a Honey Buzzard did go through earlier. The main source of entertainment over Tower Pits and across to Boulderwall were Hobbies, at least 22 of `em, but I suspect there was a few more besides over Dengemarsh way that we couldn't see.
Just as we were about to leave site, North Downs and Beyond arrived and we all paid homage to the finder of Dungeness`s third Bonaparte`s Gull, yesterday evening on Burrowes (see  DBO website for pic). Whilst we were all at home listening to the footie scores and preparing for a curry, SG was still in the field connecting with an all too brief crippler. Well found Steve, and I trust you had a safe journey back home.
Posted by Paul Trodd at 11:42