Lade - 0800hrs - cool, sunny, w 3 - Another poor night in the garden moth trap with just five species and none NFY. A couple of Hobbys were already on the wing over the willow swamp, while Swifts came and went.
Dungeness RSPB - A circular walk for a group of old friends from Maidstone way concentrated primarily on wild flowers, of which there was a surprising range in bloom including our first vipers bugloss and Nottingham catchfly. Also managed to find a smart male grass snake, two crested newts, five species of dragonflies, a few common butterflies and plenty of marsh frogs. 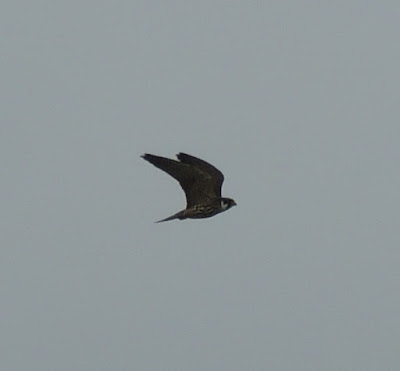 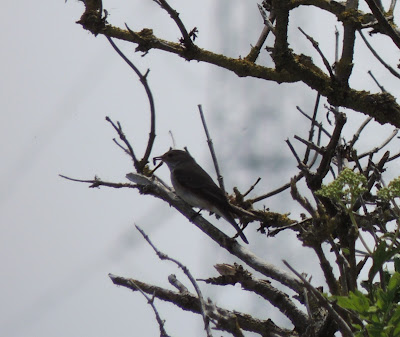 Despite the increasing wind Reed Buntings, Linnets, Tree Sparrows, Sedge Warblers and Whitethroats all showed well, along with singing Bearded Tits, Cetti`s and Reed Warblers. At least six Hobbys put on a show over Dengemarsh along with several Marsh Harriers and plenty of Swifts.
At Hookers we watched a family group of Dabchicks and on the Discovery pond a brood of Moorhens. On the hayfields it was pleasing to note two female Lapwings, each with two well grown chicks, and when a Peregrine whipped over at least 10 adults rose up to `greet` it. By Christmas Dell we jammed a Wheatear, followed by a Spotted Flycatcher hawking insects on the sheltered side of the scrub by Scott hide, and a welcome year tick, not that I`m year listing of course...
Posted by Paul Trodd at 10:47