Dungeness - mild, sunshine and showers, sw 3 - For a change of scene we opted to bird a few different sites today and leave the local patch to the weekend and a wet and windy forecast. We kicked off at the point with a circuit of Long Pits, the Trapping Area and adjacent Desert which to be fair was quiet; infact it was deadly quiet, apart from a few Mipits, tits and Chaffinches. However, the saving grace was a pair of spanking Firecrests feeding low down in cover on the eastern flank of Long Pits, so all was not lost, while Barney enjoyed himself covering a wide area without a sniff of a snipe. Along the foreshore the wintering Glaucous and Caspian Gulls were still present. 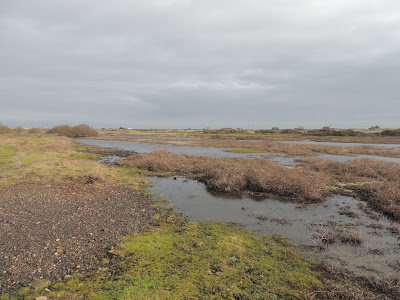 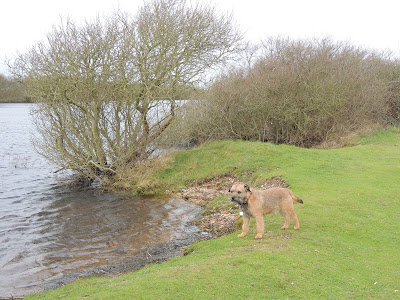 "Going in for a swim? He must be joking!"

Scotney - From the roadside pull-ins all the usual feral geese and ducks on the grass and lake, plus 12 Ringed Plovers, 4 Redshanks, 10 Pied Wagtails and 5 Mipits. Whilst scanning from the double bends a flock of 36 White-fronts flew over heading towards Rye and a ringtail Hen Harrier hunted the back fields, along with several Marsh Harriers, disturbing a large flock of Lapwings and Golden Plovers on the way. 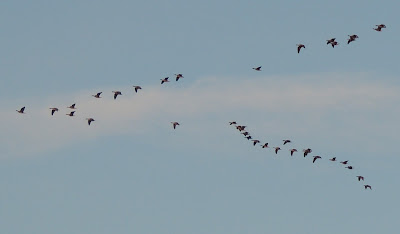 Pigwell -The sewage farm attracted a Grey Wagtail, which would have been new for the year, if only I was keeping such a list.... Anyhow, moving on, Barney flushed 3 Common Snipe from the wet field and a pair of Stonechats were on the rough ground by the fishing lake.
Galloways  was predictably devoid of any form of bird life, while a sweep around several `guaranteed` Little Owl haunts in the Lydd area also drew a blank. Most of the battery chicken units hereabout have been upgraded recently and fitted with roof-top solar panels, which may have disturbed the owls from what was formerly a popular residence.
Lade North - This afternoon we tramped out from Dunes Road and checked the farmland north of the pits. Typical open country birds prevailed with a small flock of Skylarks, several Mipits, some Linnets, a pair of Stonechats and a couple of hundred Lapwings, Golden Plovers, Stock Doves and Woodpigeons being about all we could muster.
Anyone planning a visit this weekend should be able to connect with Smew, Great White Egret, Slavonian and Black-necked Grebes and Long-eared Owl on the Dungeness RSPB reserve, while the Glossy Ibis remains on the roadside pools at Pett Level.
Posted by Paul Trodd at 12:10