Dungeness - mild, overcast, w 4 - We started the day with a wander across the beach opposite Jarman`s where 2 each of Skylark and Stock dove were the only birds of note. An hour at the fishing boats with PB and MH delivered a constant stream of hundreds of gulls, Razorbills, Guillemots and Cormorants moving west or, fishing offshore, plus a trickle of Gannets, Red-throated Divers and a Fulmar. The wintering first winter Caspian and Glaucous Gulls were amongst a large mixed flock of gulls on the beach adjacent to the boats. 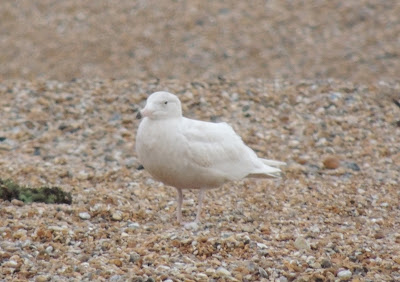 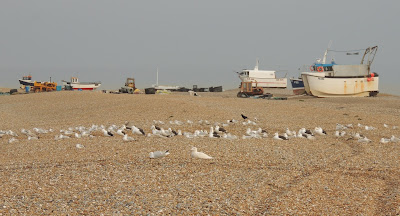 Probably the most photographed Glaucous Gull in Britain...


Lade  - Three Goldeneyes on north lake was the highlight amongst the many wildfowl. As with yesterday morning a series of loud explosions from the Army ranges sent most of the ducks temporarily skywards. 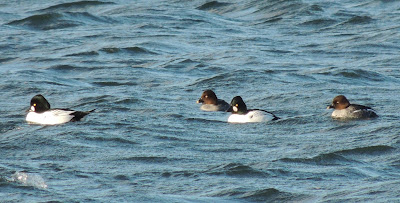 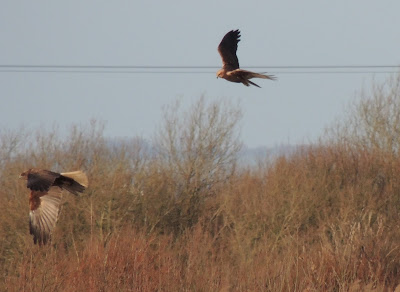 Burrowes - A windswept lake held a pair of Smew in front of Dennis`s hide and little else, apart from the usual wildfowl, most of which were sheltering from the wind opposite Makepeace hide. The two Long-eared Owls were at roost behind the pond, although not easy to see. Over the road on ARC a flock of 6 Goldeneyes and 2 Marsh Harriers tussling over the reed bed was the highlight.
Posted by Paul Trodd at 08:30