Lade - cold, showery, light airs  - Its a weird, almost disturbing feeling when you step out of doors down here and there is absolutely no wind, and this morning was one such occasion. Walking across the shingle in vertical drizzle we checked Mockmill where 2 Stonechats and a few Blackbirds were the only birds noted. On south lake a Slavonian Grebe was lurking amongst the wildfowl, presumably the same wandering individual that`s visited the bird reserve recently. 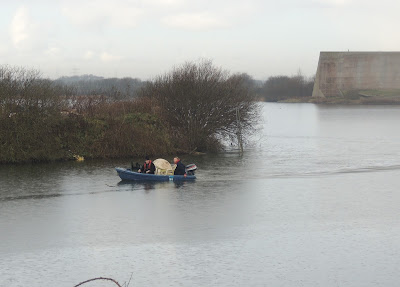 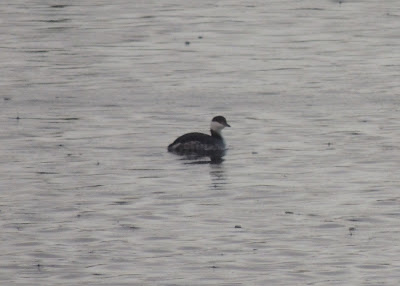 
With RSPB now taken ownership of Lade Pits, today staff and volunteers set about clearing the scaffold island of a past encampment and tidying up around the old railway bridge. It was the perfect day for mucking about in boats as the lake was as still as a mill-pond. A marvellous effort by all concerned.
This afternoon we checked the foreshore down to the Tavern on an ebb tide. Thousands of gulls and waders were streaming back to feed where the highlights were 25 Grey and 19 Ringed Plovers, 5 Mediterranean Gulls and 4 Shelducks.