Lade - cold, dry, sunny, nw 3 - With a promising weather forecast we spent the day in the field just mooching about and generally enjoying the wealth of wildlife on offer within a two mile radius of the cottage.
The local patch was notable for the superb light on the wildfowl, particularly the hundreds of Teal on both lakes. The drakes looked stunning in their nuptial plumage and many were making that lovely `preep` call as they fussed around the ducks. 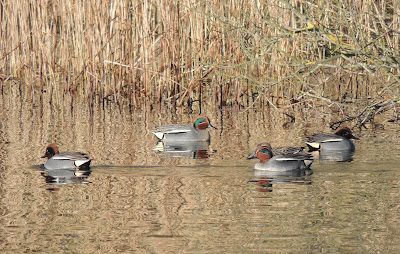 RSPB - A circuit of the reserve produced a host of wintering ducks on Burrowes, including 3 Smew, one of which was a drake, plus a Slavonian Grebe. Elsewhere, Goldcrest and Stonechat near Christmas Dell; Black-tailed Godwit, Merlin, Raven, Marsh Harriers and Bearded Tit at Dengemarsh; Peregrine, Great White Egret and thousands of Lapwings and Golden Plovers on the Boulderwall fields. 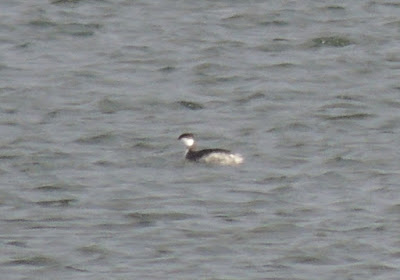 Dungeness - A walk along the tideline between the boardwalk and the seawatch hide produced four batches of Goose Barnacles attached to plastic fenders and floats. Their long retractable stalks were anchored to the flotsam with the bodies protected by a series of bluish translucent plates. These extraordinary pelagic animals had been washed ashore on the recent storm; many thanks to OL for the tip off as to their whereabouts. Also of note along this section of the beach was a line of Sea Kale, where the waves had battered the foreshore exposing the `trunks`. 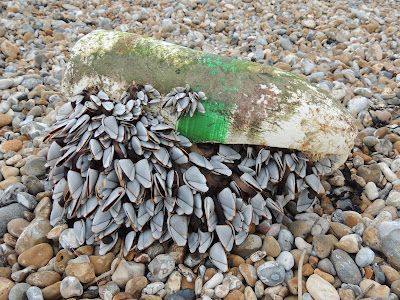 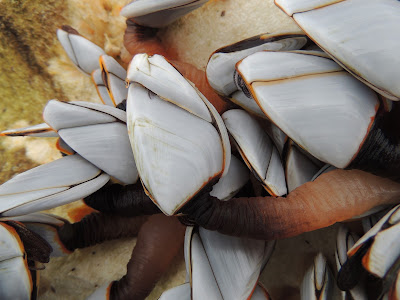 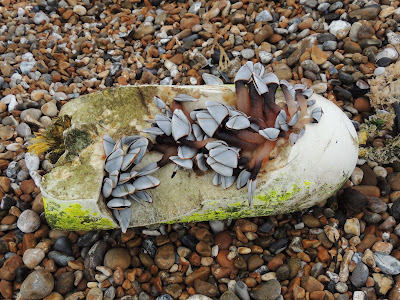 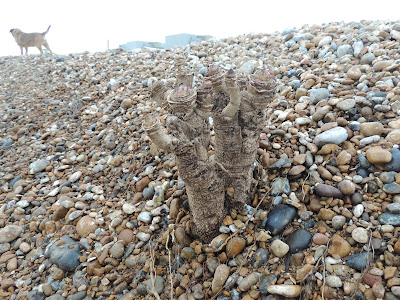