Dungeness - mild, overcast, ssw 5 - We spent most of the morning wandering along the foreshore from the lifeboat station to the lighthouse - looking at gulls! I cannot believe what I just wrote, but in my defence there`s not much else around bird-wise at the moment, except for a rather large amount of gulls, and lets face it the big ugly brutes are obliging and they do get you thinking about identification, what with their differing ages and plumage variations and all.
However, the main spectacle was provided by thousands of Black-headed Gulls rounding the point and hundreds of larger gulls either loafing on the shingle or feeding along the tideline. In amongst the loafers were the 1st winter Glaucous and Caspian Gulls by the puddles near the concrete road and I`m pretty sure I had another Caspo, a 2nd winter, before the roosting flock was flushed by a dog (not Barney of course) towards the Patch.
An hour from the fishing boats delivered 8 Mediterranean and a single Little Gull, which brought the gull tally to a respectable 10 species for the session. Also offshore a Bonxie put in an appearance along with a trickle of Gannets, auks and 2 Red-throated Divers, plus 35 Brents going up-Channel. 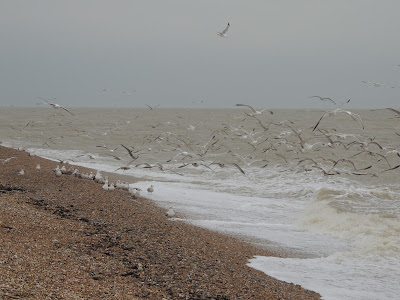 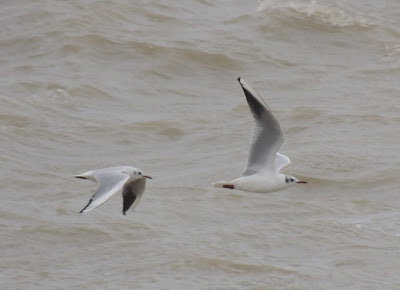 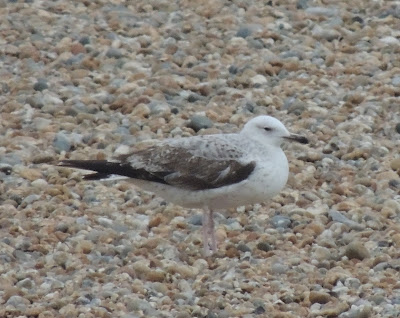 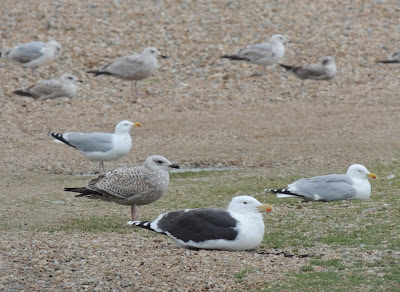 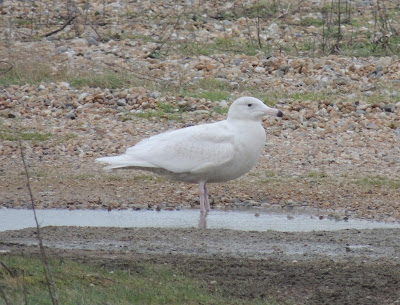 ARC/New Diggings - A scan from the causeway road revealed a Black-necked Grebe on ND and 3 redhead Smew on ARC amongst 100 Gadwall and Shovelers.
Posted by Paul Trodd at 08:03