Hythe - cold, dry, sunny, n2 - Had to go into Hythe this morning so called in at the traditional haunt of the wintering Purple Sandpipers along the promenade sea defence blocks. There was a single bird opposite the Hythe Imperial Hotel (where the light was awful) and two by the fish restaurant at Stade Street where the light was marginally better. Having just upgraded my bridge camera to a Nikon P610 I spent a bit of time playing with the new toy.
On the way home we paused at the Willop Basin viewpoint where there was little of note apart from a few Great Crested Grebes on the sea and a couple of Curlews and a small flock of Common Gulls on the flooded fields. 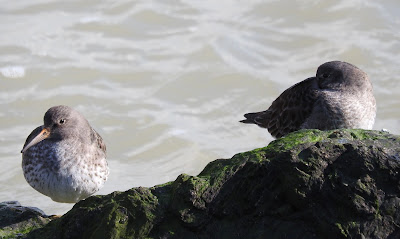 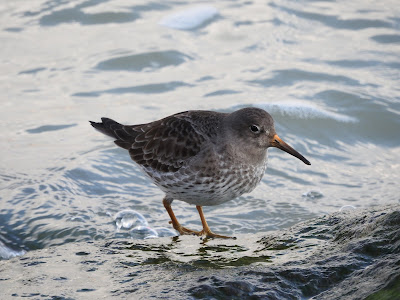 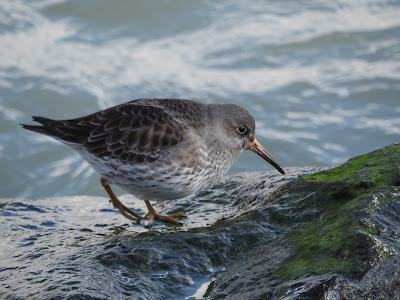 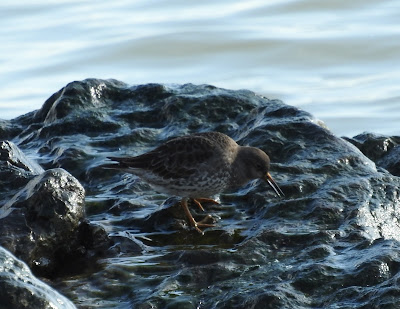 Lade - No change on the local patch this morning, while a check of the beach pm on a falling tide revealed all the usual shorebirds. As the light was better I attempted a few pics of a Great Black-backed Gull and 3 Turnstones feeding on dogfish along the shoreline. 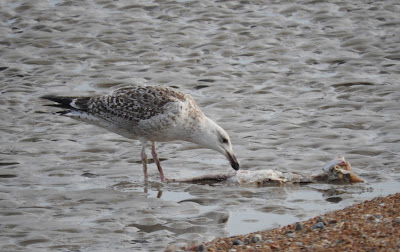 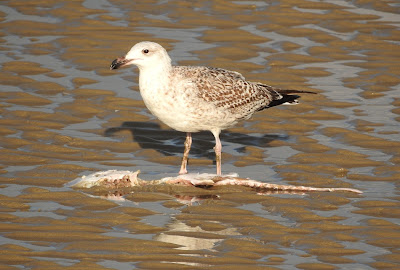 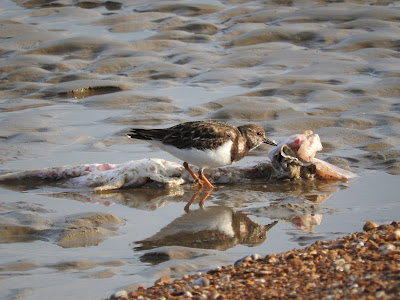 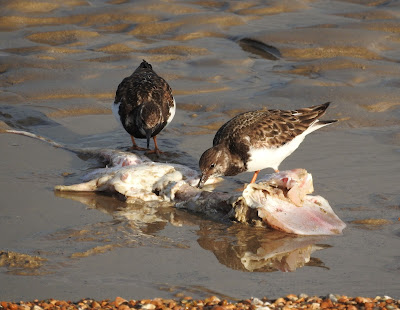 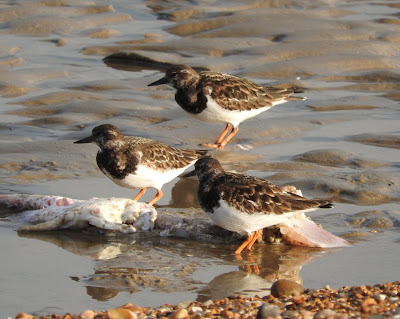 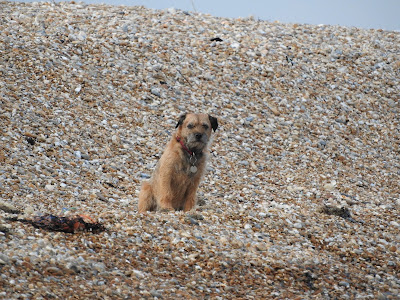