Lade - mild, sunny, sw 6-8 - With most of the previously named winter storms having battered the north-western seaboard of the British Isles, it was invigorating to feel the full effect of the latest blow, which this time came our way, and traversed southern England during last night, peaking around mid- afternoon. 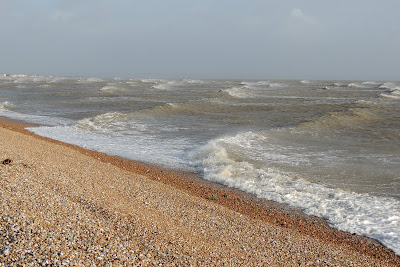 We went out purposely late, at the height of the tempest, for a circuit of the local patch, staggering along the beach like a drunken sailor and dodging the roosting waders towards the Tavern. A welcome pause in the sheltered sand dunes contrasted with slow going into the wind up Seaview Road towards north lake. Needless to say most of the wildfowl were hugging the margins or in amongst the willow swamp, while 4 Great White Egrets were tucked into the reedbed on the far side of south lake. 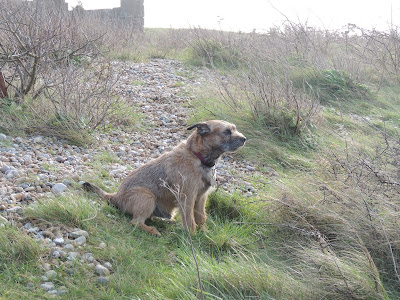 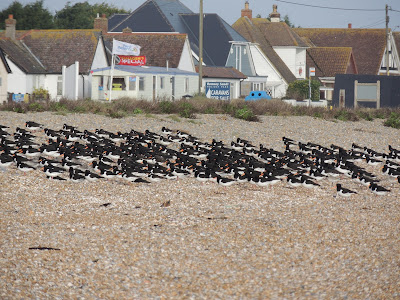 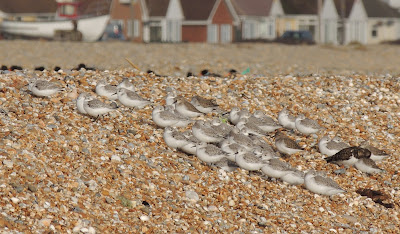 At times it was difficult to stand upright walking into the gale beside the Desert and after two hours we were glad to get back home and out of the wind.
Interesting to note this afternoon, en-route to Rye, that none of the Cheyne Ct wind turbines were turning, so presumably the wind speed was 50 knots plus. On the way back this evening a Barn Owl flew over the road at Scotney.
Posted by Paul Trodd at 13:00