Dungeness - cold, dry and sunny, se2 - There was only four cars in the RSPB car park mid-morning and during a self-isolating circuit of the bird reserve I only encountered two other people. However, despite the surreal atmosphere there were a few spring migrants on offer, the highlights being: a Firecrest and several Chiffchaffs by Firth hide; single Black-necked Grebes on Burrowes and Dengemarsh; a Jack Snipe by the corral; a Water Pipit on Hayfield 1 and a flyover Yellow Wagtail, my first of the spring. Elsewhere en-route several Marsh Harriers, Common Buzzard, Kestrel, Sparrowhawk, Great White Egret, Lapwings, Redshanks, four Dunlins, Raven and plenty of Cetti`s Warblers and Reed Buntings in song.
At Lade a check of the beach revealed my first Sandwich Tern of spring, while on south lake five Goldeneyes were present. Another Firecrest was in the Plovers garden this afternoon. 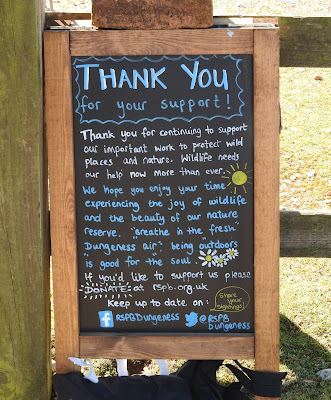 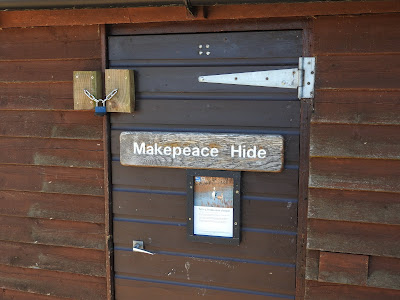 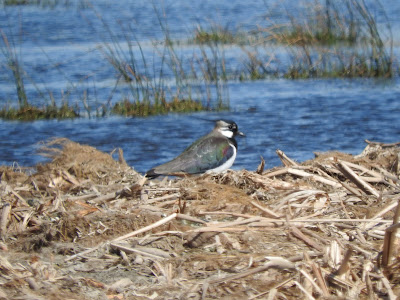 Lapwing on the Hayfield
Posted by Paul Trodd at 12:00