Lade - cloudy, showery, sw 4 - It was yet another wild weekend of weather as named Storm Jorge raced in off the Atlantic delivering an uppercut of strong winds and heavy rain showers along the Channel coast, although by this afternoon the wind and rain had relented somewhat. It will come as no surprise to anyone that the February rainfall totals were the highest on record, where at Littlestone OL recorded 108mm, that's double the rain in February 2019.
Such weather conditions make for difficult birding and as a result there was not much change on the local patch with both Great White Egret and Goldeneyes still on site; although I got chatting to a visiting birder who`d seen a Bittern around the willow swamp on Saturday. Around noon today the sunshine encouraged Kestrel, Marsh Harrier and Buzzard into the air behind the `mirrors` with four of the latter mobbing what may have been the locally escaped Harris Hawk.
Down at Dungeness the 1st winter Iceland Gull continues to frustrate as it feeds along the foreshore with thousands of other gulls including several Mediterranean and Caspian Gulls and Kittiwakes. Yesterday afternoon I spent some time at the fishing boats where it showed reasonably well in flight, and while I failed miserably to capture any images David Scott did much better as depicted below. 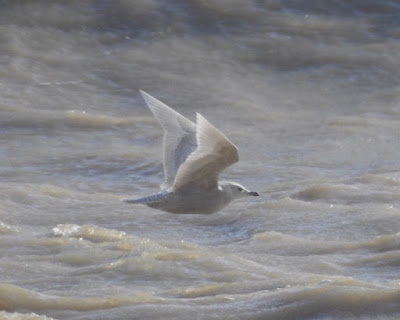 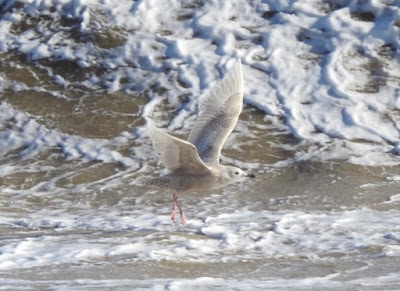 Elsewhere this weekend the Red-necked Grebe was still present on ARC working its way along the reedbeds between the Screen and Hanson hides, while six Whooper Swans were reported from Appledore (DB). 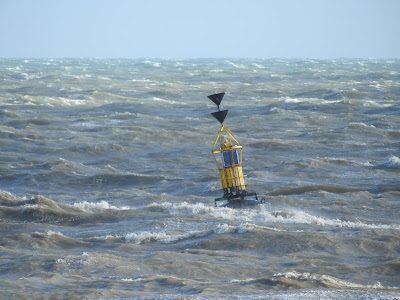