Dengemarsh - dry, sunny, sw 4 - At last a dry day, perfect for a morning stroll around Dengemarsh, even if the wind had an edge to it. Bird wise it was typical early spring fare with Reed Buntings, Cetti`s Warblers, Great Tits and Dunnocks all in good voice, plus a couple of singing Chiffchaffs. The Boulderwall fields attracted plenty of variety from flocks of Wigeon and feral geese, to Great White and Little Egrets, Curlews, Buzzard, Kestrel and Marsh Harriers. Hooker`s reedbed provided `pinging` Bearded Tits and `sharming` Water Rails, while the back fields had `tumbling` Lapwings and around 30 Shelducks. At Hayfields 1/2 we joined DS and spent some time watching at least 11 flighty Water Pipits feeding in the flooded meadows; where Dave had far more success than me with the camera, and one of the pipits had a pinkish flush on the breast. By Hayfield 3 a flock of Lapwings contained eight Ruff and a Raven flew over calling. Despite a thorough search of all the usual haunts I could find no sign of any Tree Sparrows.
On ARC the Red-necked Grebe was playing hard ball ranging across the lake from Screen hide to the causeway road. The immature Glaucous Gull was still present on the foreshore opposite the lifeboat station at Dungeness. 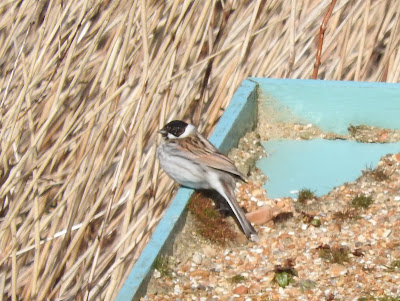 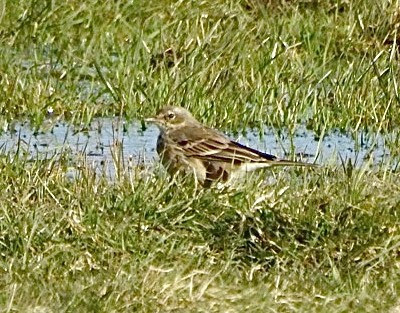 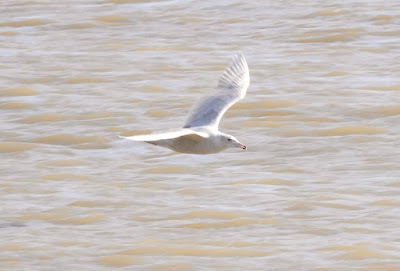