Dungeness RSPB - mild, cloudy, sw 3 - My monthly guided walk for five RSPB guests went ahead this morning as usual, but in these strangest of times. We assembled out in the car park for the briefing and completed the circular walk without entering the hides, which was a bit weird in itself.
However, the highlight of the walk was undoubtedly a summer plum Red-necked Grebe on the lake between Dengemarsh hide and the viewing ramp, presumably the bird from ARC. On the Hayfields behind Christmas Dell 17 Water Pipits were seen in flight with several showing distantly through the scope on the deck.
Also present around the circuit: 12 Cetti`s Warblers, two Chiffchaffs, several Marsh Harriers, two Buzzards, 20 Shelducks, two Goldeneyes, two Redshanks, two Curlews, displaying Lapwings, plenty of Common Gulls and a flock of 20 Reed Buntings. A total of 58 species of birds were recorded. 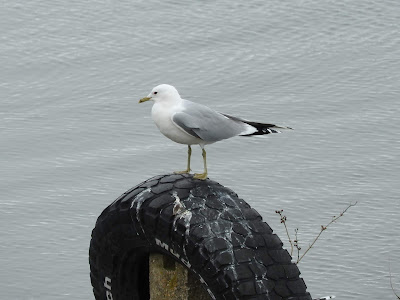 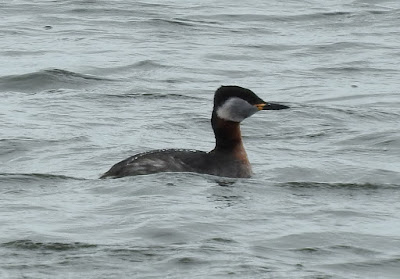 With words such as coronavirus, Covid-19 and self-isolation having entered the lexicon there was a surreal air to the conversation throughout the walk, although to be fair most of the group just wanted to concentrate on the escapism of being amongst nature. We had the place pretty much to ourselves and during the three hours encountered just four other birders, many having stayed away.
Around noon there was a cameo moment that summed up why I find the natural world so uplifting. It had been overcast for much of the morning and as we approached Christmas Dell from Dengemarsh shards of warm sunshine cut through the cloud encouraging an impromptu chorus of Marsh Frogs into song from a ditch by the hayfield. A Marsh Harrier flew across the flood flushing the Water Pipit flock into view, as a couple of pairs of Lapwing and Redshank furiously mobbed the raptor. A minute or two later the sun went in, the frogs fell silent and the aerial drama over the hayfield passed. Wonderful stuff indeed.