Dungeness - dry and sunny, N1  - At last a fine, spring morning in bright sunshine with light airs, perfect for a wander along the foreshore searching for that classic harbinger of spring a Wheatear; and sure enough between the lifeboat station and the concrete road at least four males and a female were present having been grounded overnight. One male allowed a close approach as he soaked up the sun on an old concrete block until being chased away by a Magpie - welcome to England!  A Black Redstart was also noted along with singing Skylarks and Meadow Pipits, Stock Doves and Pied Wagtails, plus two Siskins overhead. The scrub inland attracted a couple of Stonechats and several Chiffchaffs, while two Buzzards and a Kestrel thermalled over the desert. 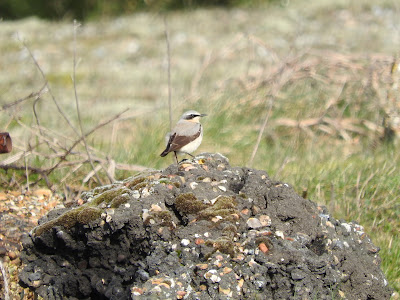 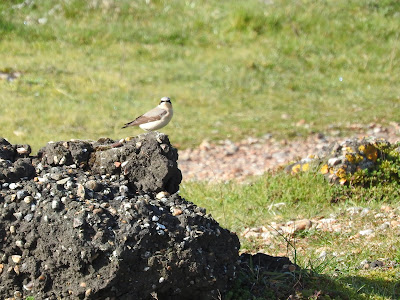 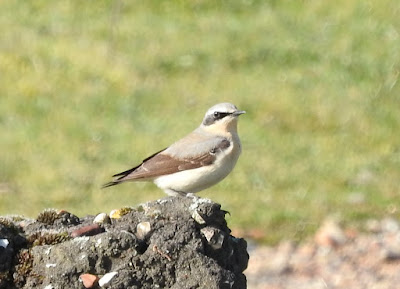 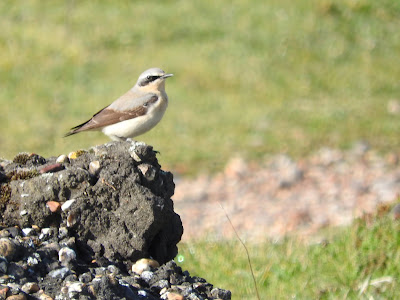 This afternoon a sortie down the beach delivered another flurry of Wheatears with four birds, all males, around the toilet block shingle, boardwalk and on the derelict fishing winches. Another distant bird was perched on the old boat further down the beach towards the Kerton Road, making the Wheatear tally for the day 10.
Out on the bay on the high tide six Shovelers were sat on the sea, while DS had an unusual sighting on the beach at Greatstone this evening, a cock Pheasant! 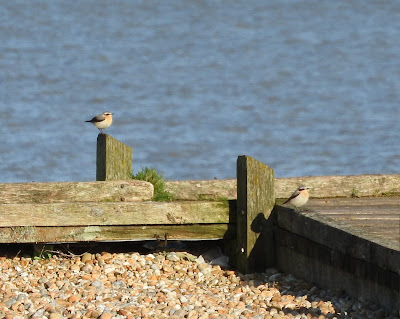 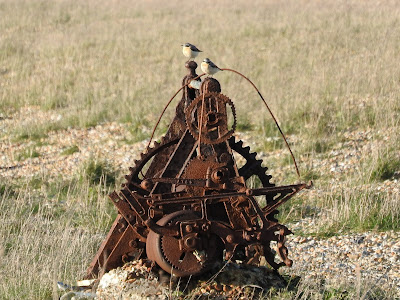 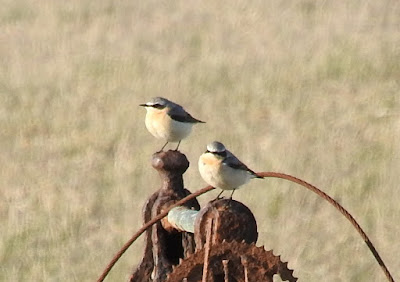 An uplifting day of Wheatears then, in these strange and uncertain times riddled with a cocktail of fear, fake news and mass hysteria.