Dengemarsh - 0600hrs - mild, misty, light airs - It made a change to be out and about this early morning without a breath of wind. It makes such a difference, particularly for finding passerines, and during the course of our circuit we had plenty of singing Reed Buntings, Tree Sparrows, Dunnocks, Cetti`s Warblers and Chaffinches, plus Bearded Tits, Stonechat and Chiffchaff at Hookers.
Yesterdays Hooded Merganser proved elusive until it flew over with a pair of Shovelers, while a redhead Smew was briefly on Cook`s Pool. Best of all though, whilst chatting to BD on the ramp, a flock of five Garganeys (three drakes and two ducks) swam into view in a back channel, our first of the spring. Two Bittern sightings were noted around Hooker`s where also two Great White Egrets, two Marsh Harriers, a Sparrowhawk, Green and Great Spotted Woodpeckers and a Raven over calling. The fields at Boulderwall attracted 25 Curlews amongst a Wigeon, Stock Dove and Starling flock. From the causeway road Black-necked and Slavonian Grebes could still be seen on New Diggings.
While having first breakfast back at Plovers news came through of an Alpine Swift over Dengemarsh - half an hour after I`d left! I checked Lade pits without success, although it seems as thought the swift went straight through. Other news from Dungeness today concerned a Wheatear on the beach by the lifeboat station, a Black Redstart in the lighthouse garden and a decent passage of Brent Geese (LG et al). 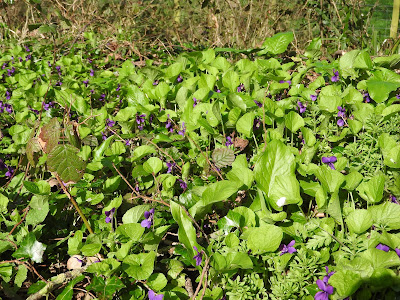 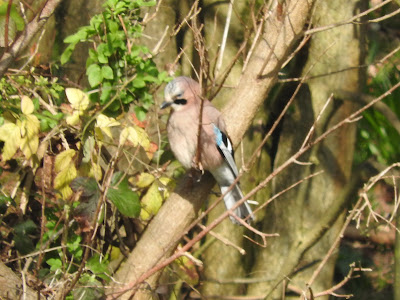 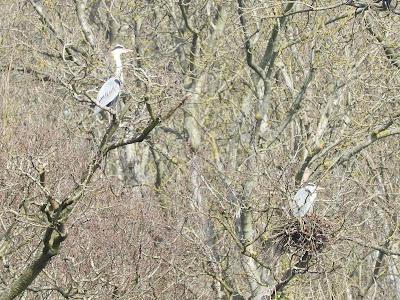 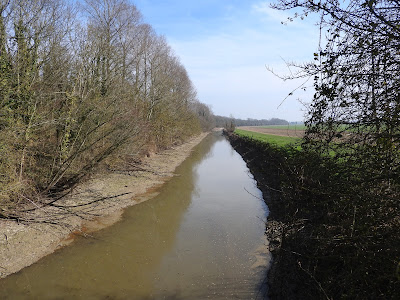 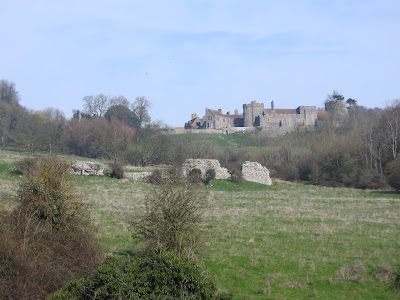 West Hythe - 1200hrs - A walk along the canal from West Hythe to Aldergate Bridge and back, in glorious spring sunshine, delivered a host of common birds in song, plus our first singing Chiffchaff of the year, six Bullfinches, Goldcrest, Jay, Treecreeper, Goldfinch, Great Spotted and Green Woodpeckers. Whilst scanning through the rookery and heronry (at least six Grey Herons on nests) several Common Buzzards and a Red Kite soared along the hillside.
Posted by Paul Trodd at 10:18